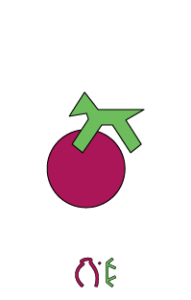 12.7 (Sun in Pisces and Moon in Libra) blend Mutable Water Pisces’s vivid imagination, compassion and sensitivity with Cardinal Air Libra’s balance, friendliness and refinement. Conciliatory, tolerant, diplomatic, trusting and gentle, these folks have powerful intuitional faculties and the theatrical ability to inspire others with their charming and sensitive nature. They spontaneously seek balance, harmony and justice, knowing how to get the best agreements and developments out of people.

Pisces and Libra are in quincunx aspect, an angle of 150°, which is five-twelfths of the 360°. This aspect tend to cause slides into parallel universes affecting what happens in everyday reality.

The phase of Full Moon begins two days before and ends two days after exact Full Moon or opposition (180°) of Moon to Sun, hence it also encompasses the quincunx (150°) when the Sun is in Pisces and the Moon in Libra. This is the final stage of the Full Moon leading to the next phase, the Disseminating Moon. The Full Moon is an active and highly charged moment. It represents the apex of the lunar cycle. Its function is to bring balance. The aim of the final part of the Full Moon as it moves in Libra, is to allow this balance to take place by deep and uncompromising release of pent-up emotions, especially in relation with the traditional themes of Libra, such as harmony, balance, relationship and justice. It is essential at this stage to be aware that what is released is collective, ancestral energy, which can only be liberated if you let go of any personal identification.

Astroshamanic Seal: a call for attention since all your fantasies can become immediate reality, whatever you imagine, takes instant form. If you imagine harmonious rapports, they simultaneously take place in your reality.

Click here for details on numeric codes following the names of celebrities.

Elizabeth Barrett Browning, born 6 March 1806, Sun Pisces, Moon Libra, Ascendant Virgo, PLuto cjn Sun, English poet. Born in County Durham, her work carries a spiritual theme. She believed that “Christ’s religion is essentially poetry—poetry glorified”. She was familiar with Milton’s Paradise Lost and Dante’s Inferno. She died in Florence on 29 June 1861.
If thou must love me, let it be for nought
Except for love’s sake only. Do not say
“I love her for her smile —her look —her way
Of speaking gently,—for a trick of thought
That falls in well with mine, and certes brought
A sense of pleasant ease on such a day” –
For these things in themselves, Beloved, may
Be changed, or change for thee,—and love, so wrought,
May be unwrought so. Neither love me for
Thine own dear pity’s wiping my cheeks dry,—
A creature might forget to weep, who bore
Thy comfort long, and lose thy love thereby!
But love me for love’s sake, that evermore
Thou may’st love on, through love’s eternity.

Richard Francis Burton, born on 19 March 1821, Sun Pisces, Moon Libra, Ascendant Scorpio (died 20 October 1890) British writer, poet, geographer, explorer, spy, swordsman, soldier, linguist, adventurer, eroticist, gnostic seeker. Burton’s most famous exploits is his pilgrimage to Mecca disguised as an Arab, penetrating the sacred and forbidden city of Harar in East Africa (the first European to do so), and his explorations of Central Africa, searching for the source of the Nile. His greatest literary achievements are the annotated translation of the Arabian Nights (for which he was knighted), his translation of The Perfumed Garden, and his original Sufi poem, The Kasidah.
The more I study religions the more I am convinced that man never worshipped anything but himself.
Conquer thyself, till thou hast done this, thou art but a slave; for it is almost as well to be subjected to another’s appetite as to thine own.
Words, words that gender things! The soul is a new-comer on the scene; Sufficeth not the breath of Life to work the matter-born machine? The race of Be’ing from dawn of Life in an unbroken course was run; What men are pleased to call their Souls was in the hog and dog begun: Life is a ladder infinite-stepped, that hides its rungs from human eyes; Planted its foot in chaos-gloom, its head soars high above the skies: No break the chain of Being bears; all things began in unity; And lie the links in regular line though haply none the sequence see.
Christianity and Islamism have been on their trial for the last eighteen and twelve centuries. They have been ardent in proselytizing, yet they embrace only one-tenth and one-twentieth of the human race… Both propose a reward for mere belief, and a penalty for simple unbelief; rewards and punishments being, by the way, very disproportionate. Thus they reduce everything to the scale of a somewhat unrefined egotism; and their demoralizing effects become clearer to every progressive age.
Cease, Man, to mourn, to weep, to wail; enjoy thy shining hour of sun; We dance along Death’s icy brink, but is the dance less full of fun?
How shall the Shown pretend to ken aught of the Showman or the Show? You pray, but hath your thought e’er weighed how empty vain the prayer must be, That begs a boon already giv’en, or craves a change of law to see?

Mirra Alfassa, also know as The Mother, French mystic, born 21 February 1878, Sun in Pisces, Moon in Libra, Ascendant in Gemini
One need not leave the earth to find the Truth, one need not leave the life to find his soul, one need not abandon the world or have only limited beliefs to enter into relation with the Divine. The Divine is everywhere, in everything and if He is hidden, it is because we do not take the trouble to discover Him.

Karl Rahner, born 5 March 1904, Sun in Pisces, Moon in Libra, German theologian, died March 30, 1984. “Childhood is not a state which only applies to the first phase of our lives in the biological sense. Rather it is a basic condition which is always appropriate to a life that is lived aright.”
In the midst of our lives, of our freedom and our struggles, we have to make a radical, absolute decision. And we never know when lightening will strike us out of the blue. It may be when we least expect to be asked whether we have the absolute faith and trust to say yes.

Robin Sharma (12.7) born 18 March 1965, Canadian writer and leadership speaker, best known for his The Monk Who Sold His Ferrari series.