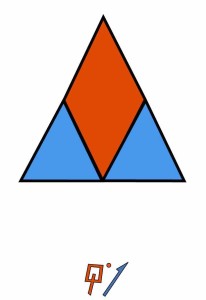 In the Astroshamanic Binary System Sun in Taurus (2) and Moon in Sagittarius (9) constitute Binary 2.9, or Binary number 21.

This binary stimulates grounded, down-to-earth, hard working and practical folks, yet capable of embracing exciting enterprises and the deepest search of truth, while also effectively confronting paradoxical situations. Both adventurous and cautious, inspired and pragmatic, the integration of Taurus and Sagittarius provides energy to identify opportunities, firmly seizing and implementing them.

Taurus and Sagittarius are in quincunx aspect, an angle of 150°, which is five-twelfths of the 360°. This aspect tend to cause slides into parallel universes affecting what happens in everyday reality.

The phase of Full Moon begins two days before and ends two days after exact Full Moon or opposition (180°) of Moon to Sun, hence it also encompasses the quincunx (150°) when the Sun is in Taurus and the Moon in Sagittarius. This is the final stage of the Full Moon leading to the next phase, the Disseminating Moon. The Full Moon is an active and highly charged moment. It represents the apex of the lunar cycle. Its function is to bring balance. The aim of the final part of the Full Moon as it moves in Sagittarius, is to allow this balance to take place by deep and uncompromising release of pent-up emotions, especially in relation with the traditional themes of Sagittarius, such as faith, trust, belief systems and whatever relates with the search for truth. It is essential at this stage to be aware that what is released is collective, ancestral energy, which can only be liberated if you let go of any personal identification.

Astroshamanic Seal: two triangles with their apex facing upward, constituting the foundation upon which a trapezium, or two vertically joined triangles, lay. The seal relates with faith in pragmatic manifestation and can be employed when trust in the practical features of life is needed. The seal is also associated with the release of grievances based upon rigid belief systems and the awareness that we are the creator of whatever hurts us. It teaches patience in dealing with apparent adversities, trusting that abundant support is at work beyond our limited perception and will soon bear its fruits.

Jiddu Krishnamurti: born on 12 May 1895, with Sun in Taurus, Moon  in Sagittarius and Ascendant in Aquarius, Krishnamurti was discovered in 1909 in India by C.W. Leadbeater and Annie Besant, who believed him to be a vehicle for a prophesied World Teacher. Soon he release that type of destiny, dissolving the organisation developed around him and spending the rest of his life travelling the world as an independent educator. An enormous amount of literature documents his teachings and work. Krishnamurti does not have a specific philosophy or spiritual approach. His attitude aims at liberating from  conditionings as they express in all aspects of life and in particular in the ego identity and the idea of being special. “We are all afraid to be nothing, because we all want to be something.” This strife to become what I am not brings a constant state of dissatisfaction and anxiety, which is the major cause of pain. What Krishnamurti emphasizes is direct experience devoid of any ideology or assumption. “So long as we cling to ideas, we are in a state in which there can be no experiencing at all.” This realm of ideas and belief systems create a problematic condition in which I am forced to manipulate my experience in order to fit with specific categories. These categories belong to an outer layer of existence determined by the consensus reality and disconnected from my authentic nature. “Problems exist so long as we live in the superficial, on the periphery, the periphery being the ‘me’ and it sensations.” The importance given to this ‘me’ inevitably creates problems and grievances because this ‘me’ has to be kept active all the time.
Where love is, there is transformation. Without love, revolution has no meaning, for the revolution is merely destruction, decay, a greater and greater ever-mounting mystery. Where there is love, there is revolution, because love is transformation from moment to moment.
Truth is a pathless land. Man cannot come to it through any organization, through any creed, through any dogma, priest or ritual, not through any philosophic knowledge or psychological technique. He has to find it through the mirror of relationship, through the understanding of the contents of his own mind, through observation and not through intellectual analysis or introspective dissection.
If one can really come to that state of saying, ‘I do not know,’ it indicates an extraordinary sense of humility; there is no arrogance of knowledge; there is no self-assertive answer to make an impression. When you can actually say, ‘I do not know,’ which very few are capable of saying, then in that state all fear ceases because all sense of recognition, the search into memory, has come to an end; there is no longer inquiry into the field of the known.

2-9 STATE OF BRENTO,
NATION OF BREINANDERI
This nation is situated in the far north-east area of the State of Brento, bordering the United Nations of Handor in the North and the State of Yukal in the East. Its territory consists almost exclusively of flat multi-crop fields and green fields, with the exception of the Bicardon Valli, a soft elevation in the trinity of Breine Bicardi (2.9.2). It was originally the nation where guides started to be trained for expeditions in the third dimension, so that the entire area was known as Treinander, and its main centre was Fens, which then developed in the current national capital, Bijini. The capital is the seat of the Archivicary of Breinanderi, and a a major centre of multidimensional distribution of the Bijo seed.