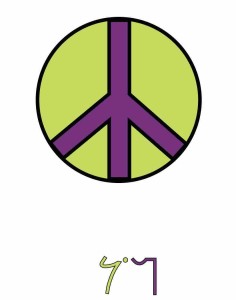 In the Astroshamanic Binary System Sun in Virgo (6) and Moon in Aquarius (11) constitute Binary 6.11, or Binary number 71.

This is a blend of mutable Earth and fixed Air, combining Virgo’s efficiency, purification, selection and service with Aquarius’ originality, rebelliousness, inventiveness and genius.

Those who resonate with this combination are multi-dimensionally aligned technicians and healers. They have the ability to firmly reside in the realm of earthy practicality and ordinary reality, exercising grounded objectivity and critical faculties, while simultaneously being at work above the mundane horizon with a most unconventional mind venturing into exceptional spheres of consciousness. Their dedication to collective enterprises of healing and service is paramount, especially when it involves the use of unorthodox, surprising and unpredictable resources.

Virgo and Aquarius are in quincunx aspect, an angle of 150°, which is five-twelfths of the 360°. This aspect tends to cause slides into parallel universes affecting what happens in your everyday reality with occasional glimpses of other configurations. The influence can be moderate, yet in some circumstances rather abrupt. When Virgo is seized by worries and overwork, Aquarius can slip into a realm of freedom and detachment, just as when Aquarius becomes extremely distant and rebellious, Virgo can shift to attitudes of devoted service and availability.

During this binary the Moon is still Gibbous, though it is gradually approaching the Full Moon. If the first days of the Gibbous Moon have provided harmony, ease and effective work, this is a time of anticipation for the upcoming challenges of the Full Moon. You may start to identify some areas drawing attention and requiring action. This could be either the best time to undertake action, with the desired outcome climaxing with the Full Moon, or to acquire the necessary resources so as to act on the Full Moon itself.

Astroshamanic Seal: a circle with a vertical line and two lower diagonal lines, representing a hand. The glyph resembles the logos of the Campaign for Nuclear Disarmament, designed by Gerald Holtom (11.8) in 1958, and often associated to the anti-war slogan “make love, not war”. The slogan also referred to the practice of free love in the American counterculture of the 60s, which denounced marriage as a tool for those who supported consensus reality based on war and separation. This seal emphasizes detachment and operative focus. It allows to release major interferences and grievances by simply turning off their functionality. It brings awareness towards primary tasks in life, letting go of amnesia, conditionings and decoys. It is a very straightforward and uncompromising seal. This binary aslo escalates situations of crisis, leading them to their fatal developments.

H. G. Wells, 6.11.11 (21 September 1866) British writer, historian, prognosticator, economist and novelist who was known for his sci-fi predictions of the future.