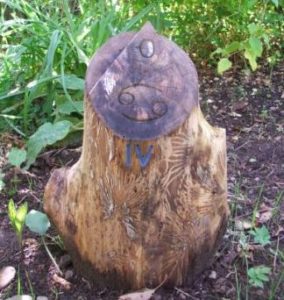 The glyph represents two small circles merging from a semicircle and facing each other. This image suggests the crab’s claws, the shape of two nourishing breasts and also the idea of a whirl between conflicting energies that fight and block themselves. It is similar to the Chinese yin-yang symbol, describing the creative complementarity of opposites in the dualistic universe of separation. The glyph also depicts the fusion of the spermatozoon with the ovule and the entire process of gestation as creative expression at various levels. In the spiritual realm Cancer leads to the birth and acknowledgment of the inner child. The symbol includes the numbers 6 and 9, representing the Waning Moon (the circle generates the semicircle or spirit generates the soul) and Waxing Moon (the semicircle generates the circle or soul generates spirit).

This sign starts with the Summer Solstice, i.e. the point of the year when the Sun reaches its most southern position on the horizon of the northern hemisphere. This time marks the longest period of daylight north of the equator, while south of the equator it is the longest period of darkness. In ancient times the summer solstice was the time in which the Sun god or representative was ritually sacrificed to the Great Mother so as to begin his journey in the underworld.

The Summer Solstice constitutes the turning point of the light half of the year. In the natural cycle it is a time of ripening and stabilisation after the intense growth of spring. It is a period of care and precaution inspired by the apex of the Sun’s light and the awareness of its forthcoming descent into darkness. After the strenuous labour of the past months, now I can begin to harvest the fruits of the seeds that were planted in spring.

In the midst of a busy schedule, Cancer says: “That’s enough! I need to take a break and nourish, and be nourished by, all that I have created so far”.

The cycle of the year turns the corner and uncovers the inner work that awaits me. According to the Orphic tradition, Cancer is the threshold through which the soul enters into its present life. The Egyptians, who began their year in this sign, regarded Cancer as the soul’s gate into incarnation. Many other ancient teachings also referred to Cancer as the Gate of Men, the portal through which all souls descend from the heavens and assume human bodies. It is an area where I can deeply connect with the true motivation that brought me on Earth, and learn to distinguish it from all other objectives that do not pertain to my original awareness.