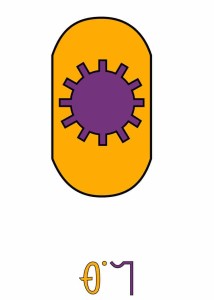 In the Astroshamanic Binary System Sun in Cancer (4) and Moon in Aquarius (11) constitute Binary 4.11, or Binary number 47.

Sun in Cancer and Moon in Aquarius blend Cardinal Water with Fixed Air, integrating the emotional sensitivity and nurturing qualities of Cancer with the multi-dimensional awareness and genius of Aquarius.

This binary balances the expression of emotions, allowing the channelling of profound feelings combined with the necessary detachment to process and release them. Wholehearted communicators, deeply concerned for the planet, tenacious paladin of non-ordinary ideas, they have the ability to expand their visions with compassion and honour.

Cancer and Aquarius are in quincunx aspect, an angle of 150°, which is five-twelfths of the 360°. This aspect tend to cause slides into parallel universes affecting what happens in everyday reality.

The phase of Full Moon begins two days before and ends two days after exact Full Moon or opposition (180°) of Moon to Sun, hence it also encompasses the quincunx (150°) when the Sun is in Cancer and the Moon in Aquarius. This is the final stage of the Full Moon leading to the next phase, the Disseminating Moon. The Full Moon is an active and highly charged moment. It represents the apex of the lunar cycle. Its function is to bring balance. The aim of the final part of the Full Moon as it moves in Aquarius, is to allow this balance to take place by deep and uncompromising release of pent-up emotions, especially in relation with the traditional themes of Aquarius, such as freedom, rebelliousness, change and synergy. It is essential at this stage to be aware that what is released is collective, ancestral energy, which can only be liberated if you let go of any personal identification.
Astroshamanic Seal: a shield-egg shape with a 12-ray circle within. The vision involves a group of 12 holding hands in a circle. Their presence unveils the deepest and most loving sense of community. The seal portrays the sacred circle within the egg. The members of the group change their positions from time to time, yet they keep being part of the same circle. Emphasis is given to the relevance of the Astroshamanic Seals, which can be used for many forms of healing, including divination. I am invited to fully express my creativity. I ask Kurandah whether I am entitled to use the seals. “You have permission to play, as long as you play your games. This permission falls short when you play games you don’t know. Play your games. Offer who you are. You can express your nature, yet you can’t express the nature of others. You have full authorisation to express your nature. You are the carrier of my tradition. Whenever you express your nature I will be with you. We are a lot, a huge community, a whole universe and you are our access to the dimension you see.”

Vusamazulu Credo Mutwa: born in 1921 in Natal (South Africa) with Sun in Cancer and Moon in Aquarius, he is a sangoma, author, and major authority in Zulu shamanism and African traditions in general. In an attempt to preserve the knowledge of his ancestors and support the vision of unity, Mutwa has unveiled most controversial and non-HAC guarded secrets of Zulu healing practices and myths. He broke the bond of HAC silence to share classified information regarding the development of separation, the HAC predatory universe, the extraterrestrial “fiery visitors” and other unmentionable facts.