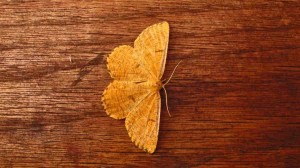 Hence, if you are in a relationship with just one partner, one thing is probably sure, your relationship, with all respect, is only third-dimensional,

You are fully entitled to believe what you want, including the idea to be with your cosmic lover, twin soul and other honourable fantasies. Yet, if you insist clinging to your exclusive binary relationship, this will only feed an autistic world, whose aim is to remove all other alternatives in order to keep you and mankind trapped in a separate reality.

Unlike ordinary relationships, which involve two poles, the distinctive feature of a multidimensional relationship is the presence of more poles, and in particular, as a starting point, of a third polarity.

Here, still with all respect, I am not referring to triangles, poliamory, etc

I could roughly describe the third polarity as the empty or invisible space existing between the two poles.

This space represents the core intelligence which direct the other two poles, the gateway between the third dimension, ruled by binary relationships, and any other possible dimension.

Since human ordinary awareness and the related consensus reality are based upon separation and the denial of other dimensions, the third polarity keeps being almost unattainable.

As a matter of fact it is the unconscious aspiration and desire to access the third polarity that generates all the most luminous, exciting and pleasant features of an ordinary relationship. Yet, since the object of this aspiration is unconscious, what follows is an inevitable frustration, which causes all the dark, painful and unpleasant characteristics of couple relationships.

Crisis in relationships involving two parties are inevitable, simply because the crisis aims at facilitating the access to the third polarity, an event potentially capable of generating a climax of ecstasy and joy for the couple involved. Unfortunately, since this polarity is not acknowledged, because it is not compatible with consensus reality, all that is left is only the crisis, the pain, the frustration and all the strategies aimed at avoiding those emotions.

A multidimensional relationship takes place at all times, also when the partner is not physically present. The relationship continues.

When you meet somebody in your thoughts or imagination, this is a real meeting. This is the third polarity, a gateway allowing you to relate with all possible dimensions and entities. Yet, in order to do so you need to start from the relationship with one pole, and then allow this relationship to give space to the third polarity, and so on, until you relate with all that is, including God.

As you relate, or believe to relate, with one person, there is an entire universe you intimately engage with, ready to emerge once you choose to be open to it.

Honour the physical presence of a partner, yet do not remain exclusively attached to it. Your relationship with a partner is the postembrionic stage of your multidimensional identity. It is the chrysalis allowing the butterfly to grow and become aware of its capacity to fly. Yet in order to fly the chrysalis needs to be released.