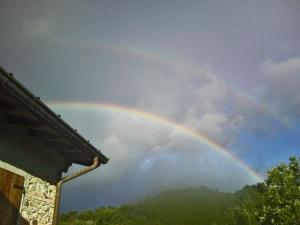 This world can be described as the place where those who do not know who they are come in order to find out who they are. And they will come again and again until they are willing to release what they assume to be and accept who they truly are.

To be alive, without knowing who we are, is like being dead, since living involves being ourselves and aware of whom is indeed living.

Ignorance and denial about who I am does not change the nature of my true identity, although it splits the mind into two parts: one who knows the truth and the other that denies or does not know it. And it is this split that all healing paths are meant to cure with the paradoxical awareness that a split mind cannot exist, although it is possible to believe that it does exist and as a result be in sheer pain or ignorance.

The ego mind is an ongoing hallucination operating on many levels, yet all parts of the same bogus separated existence. Trapped in the paddock of this mirage our minds are fed with sin, guilt and fear, as they spiral through the unceasing repetition of the soap opera of life. Yet this dream is such a fake that only a glimpse of awareness is needed to uncover flaws all over the place.

The ego is like a bragging block of ice showing off its solidity as long as the temperature is below zero, yet inevitably thawing and melting away in warmer weather. And the weather gets warmer when we decide to be still or simply reduce our speed, withdrawing from the frenzy of the ego’s mind and radically changing gear.

The very act of being still, slowing down or employing a different course of action aimed at claiming our true nature, our connection with God and the release of the illusion of separation is one of the most powerful thing we can do as human beings. This act creates a gap in the separated mind, through which God (meant as Unity and Love) can operate.

There are many acts that allow us to do so, such as focusing on breath, praying, chanting, drumming, being still, etc. Whatever we do to prove that we are not available to be the puppet of an insane separated mind is helpful.

No matter how strong the grip of separation appears to be, these practices inevitably lead to the experiential awareness of a parallel reality based on peace, love, unity and other ecstatic features. They are the pioneering pillars of forgiveness, bringing confidence and reawakening trust, so that when we fall asleep again, we can preserve the awareness of being in a dream and the certainty that the hallucination will soon fade away. Thus in the dream we are not confused anymore, we do not move like scared beggars and our sole task is waking up again and searching for where we truly belong.

What counts is to persevere with healing acts, making the firm choice to connect with who we truly are. This ongoing choice allows us to resolutely tread on the path to the original home, the Realm of Unity, the Core Multidimensional Identity, or God. In this way grievances, pain and whatever I encounter in life turn into luminous signposts on the way home. As I meet them, I do rejoice, for I realise that they are not my goal, they are not who I am. They are merely part of an itinerary which is bound to lead me home.

By acknowledging that I am a traveller on the way to Unity and Love, i.e. God, whatever I meet on the road becomes a zone of transit, a landscape destined to vanish on the horizon. Hence, as a traveller, I merely pass by and do not settle, although at times I may decide to stop over for a while when there is the chance to learn more on how to proceed with the voyage. And wherever I stop I leave a healing signpost, so as to pave the way for other pilgrims.

What I regard as one of the most important lessons in astroshamanic healing work is learning to regard pain and grievances, when they inevitably occur, as golden opportunities for miracles. The quantum leap, which creates a major crisis in the ego’s mind, is to bless what has always been cursed and to firmly invite the presence of God.

The God I refer to here is a God who does not even know what punishment and judgement are about. It is a God vibrating with unconditional love and joy. This God is often described in mystical, progressive, as well as traditional and orthodox texts.

God live in us, just like another god, the separated and judging one, resides in our gloomy dreams. The judgmental and punishing god is what I need to release on my way home. Here releasing means forgiving, blessing and loving, which is what is bound to baffle any judgmental god. Love is what a bogus god necessitates more than anything else. It is also what causes him most fear.

Healing work involves expressing love and blessings to this cursing god residing within us, bewildering it with forgiveness, embracing it with light, listening to its primal grief and providing caring support. Once our love does reach the judgmental god, the one who set up the primal curse, then streams of healing tears will flow and an ocean of forgiveness will be generated, from which our authentic Self is destined to emerge in all its glory, while all traces of separation will vanish forever.

To be aware of the hallucination of separation, releasing it and disclosing the truth that lies beyond, is the basic purpose of astroshamanism, as well as many other healing tools, including all spiritual and truly religious paths.

In astroshamanism this aim is acted out within the ego’s framework through the employment of a strategic structure composed of three Worlds, four Directions and Twelve Sectors, i.e. the twelve zodiac signs, the basic essential energy patterns strategically representing the fragmented parts of our original mind.

The Twelve Sectors portray the twelve basic traits of our soul as they can be expressed in the physical world. Each Sector has both a feminine and masculine side, together with three types of expression (high, middle and low). Exploring the Twelve Sectors is a most healing practice for they offer the entire range of available human possibilities and potentials, as well as grievances and illusions. Each Sector is a pathway to our authentic nature, a bridge from separation to unity.

Astroshamanism offers a map and a compass aimed at journeying through the path of life and finding our itinerary to the original home. It also provides an experiential understanding of all the features in life, which can allow us to appreciate the world that surrounds us, promoting forgiveness and sacred relationships.

References to the zodiac signs are common in all spiritual and religious traditions. The Bible, for example, abounds with them, featuring even two most prominent mentions both in its last and first page. The holy Jerusalem is described right at the end of the Bible as having “twelve gates, and at the gates twelve angels, and names written thereon, which are the names of the twelve tribes of the children of Israel; on the east three gates; on the north three gates; on the south three gates; and on the west three gates. And the wall of the city had twelve foundations, and in them the names of the twelve apostles of the Lamb”. (Revelation 21:12-14).

In the first page (Genesis 1:14) it reads “And God said, Let there be lights in the firmament of the heaven to divide the day from the night; and let them be for signs, and for seasons, and for days, and years:” The stars and the heavenly bodies in the sky function here as divine signs from God and unveil the healing paths to our original Source available for anyone with the capacity to see and understand them. This is the reason why, despite the official condemnation of astrology, popes, bishops, kings and rulers have continued to consult astrologers, while the most prominent cathedrals are adorned with astrological symbols.

Christ Himself seems to exhort awareness regarding these signs with reference to His coming and the release of the world based on separation. ”And there shall be signs in the sun, and in the moon, and in the stars; and upon the earth distress of nations, with perplexity; the sea and the waves roaring; Men’s hearts failing them for fear, and for looking after those things which are coming on the earth: for the powers of heaven shall be shaken. And then shall they see the Son of man coming in a cloud with power and great glory.” (Luke 21:25-27)

Well, all the above was merely meant to get some Christian strategic acknowledgment and also because, as you are probably aware, I am passionate about biblical quotes. Yes indeed, because all these quotes have the capacity to provide a playful solemnity, which trigger a sacred communion with God or the other way around, i.e. major resistances and grievances. It is those grievances that we are bound to face sooner or later, I believe, if we truly want to be professionals on the healing path.

Blessings on our Way Home.