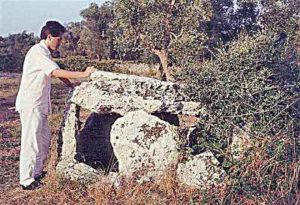 If you intend to awaken and develop your true multidimensional nature and authentic potentials, if you are determined to release your perception based on separation and the related grievances, you need to go to special places in this and other worlds, areas of power, ecstasy, healing and deep transformation.

There are many places of power around the world. There are also lots of places of power in unseen and alternative realities, as well as in your own consciousness. When you spend regular time in these places or states of consciousness it increases your capacity to move beyond the perception of separation and unveil the mysteries of who and the world around truly are.

Since ancient times the physical territory has been used for healing purposes, promoting holistic and multidimensional awareness. You don’t need to go very far to find places of power. Places of power can be purposefully generated through your shamanic interaction with other human beings and the environment. You can choose an area near where you live and transform it into a place of power.

When you go to a place of power, you can have a large variety of experiences. You can meet higher beings or parallel selves that can provide help and support so as to heal your limited perception of who you believe to be. You can gain clear awareness of your gifts and potentials, uncovering hidden treasures. You can also face aspects of yourself and the world you live in about which you and consensus reality are in deep denial. This may be frightening and overwhelming, yet necessary since what has been repressed needs to come to the surface if you truly intend to know who you are.

Places of power are areas where the physical, third-dimensional and ordinary realities meet with the spiritual, multidimensional or non-ordinary realities. They play various functions. and most of them operate as gateways or gaps in or out of our perception of this world. Some power points were created or promoted by ancient cultures; or were the manifestation of events caused by nature spirits, multidimensional or unseen beings, while some are the result of recent human actions, which may either reactivate previous power points or create new ones.

Places of power can be broadly divided into three categories:

Known power points: public spaces and holy sites used to perform rituals or sacred activities, for example temples, churches, chapels, dolmens, menhirs, stone circles, etc. All human traditions have sacred sites and ceremonial lands. Some of them are widely known, at least in the local environment, others are less known, as they have not been attended for ages or are only visited by few people. Others are basically unknown and belong to the following category.

Unknown power points: you may discover these places “by chance” or intuitively. Some common phenomena that may occur in such places are: feelings of unity with the environment, calmness and slowing down of time, expansion of the aura or a sense of embracement by some larger presence, altered states of perception, loss of identification with the ego. Also the feeling of being observed by somebody as you walk, for example, in a wood or by a river can often indicate that you are in a sacred site.

New power points: these are places that shamans, healers and devoted seekers have chosen for their healing work. For example, any place where regular and significant healing practices, such as the Basic Ritual of the Sacred Cone, have been held for a certain amount of time, especially if involving other people, may become a new power point.

Since 1976 I have been engaged in exploring, activating and managing places of power worldwide, also leading thousands of people in this search.

One of my main focuses concerns the creation of Astroshamanic Healing Grids, which are holistic webs, linking all features of the landscape together, including land, buildings and whatever or whoever is in the territory. They can cover small areas ranging from a building and its land, such as the Astroshamanic Healing Grid at Findhorn Foundation Cluny Hill, to a municipality or large city.

Through Astroshamanic Healing Grids everything and everyone can become a source of information regarding where we come from, where we are, where you are going, and most of all about who we are. With this work you can learn to pay attention and be alert to all that happens within and without you. It is an incredible tool for developing a deep holistic awareness.

As from this summer 2016, as part of the 40th anniversary of astroshamanic work, I am scheduling a world tour aimed at activating and enhancing places of power, working astroshamanically with territories and people, holding formal and informal event. If you would like me to consider your area, please contact me (click here).