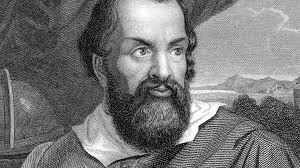 Patricia Monaghan (February 15, 1946, – November 11, 2012) poet, writer, spiritual activist, and an influential figure in the contemporary women’s spirituality movement, author of 20 books on Goddess spirituality, earth spirituality, Celtic mythology, the landscape of Ireland, and techniques of meditation. In 1979, she published the first encyclopedia of female divinities, The Encyclopedia of Goddesses and Heroines.

Gospel of Thomas: (38) Jesus said, “Many times have you desired to hear these words which I am saying to you, and you have no one else to hear them from. There will be days when you will look for me and will not find me.”

Concise Epitome:  5.4 Now that we are also a Peak of Light, somewhere we have to find a place so as to barter light with darkness (Ora che noi stessi un Picco di Luce siamo, da qualche parte a trovare un sito ove barattare luce per buio abbiamo).