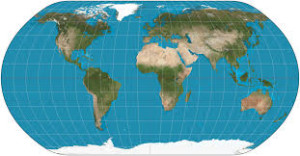 HAC stands for Human Arbitrary Configuration, which is a self-contained human reality based on separation and denial of other realities (non-HAC).

HAC is strategically defined as a simulated setting populated by provisional duplications emulating original beings dwelling in non-HAC in capricious and erratic modes.

The term non-HAC identifies other realities coexisting with HAC.

HAC is part of a separated parallel universe located in the Grey Sphere or Sphere of Light and Darkness, one of the three multidimensional spheres or multiverses (sets of many universes) of the cosmology depicted in the Epic of the Sacred Cone.

The epic function of the Grey Sphere consists of facilitating the connection among Spheres and in gradually undoing itself so as to allow the ultimate merging between the White and Black Sphere.

The Grey Sphere embodies specific areas aimed at supporting the above function. In this context the Epic identifies three main strategic locations: Handor for the White Sphere, Rodnah for the Black Sphere, and Pahai for the Grey Sphere. The first two areas represent the Peak or access gate to the Sphere to which they refer and the apex of the two cones of the Grey Sphere. The third area (Pahai) is the system of connection between such cones and paves the way to the vertical axis.

These non-HAC universes are alternative configurations containing space, time and physical forms, which, as stated by scientists, may even be the duplication of our identity here on Earth.

According to scientists these non-HAC dimensions appear to exist no more than one millimetre away from our bodies, with our gravity being just a weak signal leaking out of another universe into ours. Hence the key to parallel universes abides in the empty spaces or Bhi Jinah.

This development started when scientists realised that the three dimensions traditionally employed to describe the universe were insufficient, and that there were at least 11 dimensions…