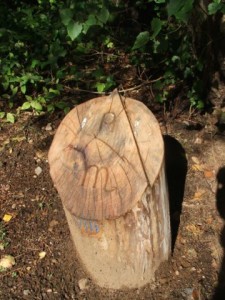 In a human reality based on separation and denial Scorpio is undoubtedly the most controversial sign. This is because it is the sign associated with the taboo aspects of reality, those receiving less conscious attention, which are also those drawing more unconscious attention. Of course, what appears as non-ordinary and hidden for most people, is part of everyday life and awareness for those with strong Scorpio traits in their chart. This explains why Scorpions are regarded as mysterious and secretive.

The association of Scorpio with the hidden and forbidden is very easy to notice when we consider the astrological associations with the physical body. Here the only parts of the body that are strictly concealed in basically all cultures are those ruled by Scorpio, i.e. genitals and anus.

This applies also to the activities related to those organs, such as “having sex” or “going to the toilet”, which are all practised strictly privately, and are often charged with shame and embarrassment.

Another major area ruled by Scorpio is death and all radical processes of transformation, such as illness, decay, putrefaction, regeneration and also crisis, including financial crisis.

Scorpio rules the most hidden and unconscious elements of ordinary reality. Yet, no matter how these elements are concealed, they continue to be part of reality, and whether we are aware of them or not, they incessantly keep being and happening.

Although we keep our genitals or anuses publicly unexposed, these organs continue to be there and do their work. The same apply to death and all processes of deep transformation. Since ordinary reality is based on the denial or disregard of such processes, most people become aware of them only when they have a direct personal encounter, or when there is a collective confrontation, with them, so overt and obvious that it cannot be concealed.

Death happens all the time, and yet it is the topic people seem to do their best to avoid, unless the evidence of death is irrefutable such as in a war, catastrophe or fatal illness.

More than 5 millions people die every year, which makes a total of about 155000 deaths a day. Most of them are private and solitary deaths, which do not draw much attention. Yet, when there is a big event involving death, or we are personally confronted with it through our own illness or the departure of someone close, then death becomes a major topic at least for a while, until it is forgotten again.

Death, illness, crisis, transformation and other Scorpio features often appear as exceptional events, elements of disturbance in a world based on separation and bogus health or well-being. Yet in the realm of Scorpio they are part of the routine and there is nothing special about them.

Scorpio is a much misunderstood area of experience and the key screen for all our most hidden projections. With Scorpio we learn to see and take back whatever is most difficult and controversial to accept about ourselves. Here we face dreadful shadow zones, opening the doors of sullen vaults left unattended for ages. When we relate with others from this perspective, we learn to share authentically and intimately. Then it is easier to know ourselves through what we are deeply shown by others and look directly into the eyes of what is no longer useful, rapturously allowing it to be released to its final glory. This includes relinquishing ancient emotions which continue to be recycled in our life, dealing with the mystery of death and learning to let go of grievances in a safe way.