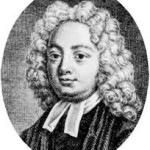 Let those love now who never loved before;
Let those who always loved, now love the more.