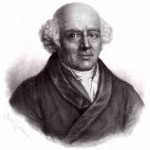 Our art requires no political lever, no worldly decorations in order to become something. It grows gradually, at first unrecognized, surrounded as it were by all manner of weeds which luxuriate around it, from an insignificant acorn to a sapling, soon its summit will overtop the rank weeds. Patience! It is striking deep its roots into the earth, it is increasing in strength imperceptibly but all the more surely and will in its own time grow into an oak of God, which no longer is shaken by storms, spreads out its branches into all regions that suffering mankind may be healed under its beneficent shade.

Claudio Magris, born on 10 April 1939, Sun in Aries and Moon in Capricorn, Italian writer. Travelling, feeling always, at the same time, in the unknown and at home … The traveller is always a vagabond, a stranger, a guest … He understands that one can never really possess a home, a space carved out of the universe’s infinity, but only stop there for a night or for a whole lifetime, with respect and gratitude.

Montague Summers (10 April 1880 – 10 August 1948) English author and clergyman, known for his work on the English drama of the 17th century, and for studies on witches, vampires, and werewolves, in all of which he professed to believe.

ACIM: 100. My part is essential to God’s plan for salvation.

Gospel of Thomas: (92) Jesus said, “Seek and you will find. Yet, what you asked me about in former times and which I did not tell you then, now I do desire to tell, but you do not inquire after it.”