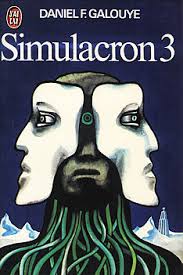 Doomsday, when it came, wouldn’t be a physical phenomenon; it would be an all-inclusive erasure of simulectronic circuits.

Daniel F. Galouye, born 11 February 1920, Sun Aquarius, Moon Scorpio, science fiction author, (1920-1976), author of  Simulacron Three, the story of a computer-generated city simulation, whose inhabitants have their own consciousness, yet they are unaware of being mere electronic impulses in a computer. The story features three levels of computer simulation, corresponding to different cities. The novel is the basis of the movie The Thirteenth Floor (1999) by Josef Rusnak and the German TV miniseries, Welt am Draht (1973) (directed by Rainer Werner Fassbinder).

Jane Yolen, born 11 February 1939, American fantasy, science-fiction author, Wizard’s Hall (1939-1991). The tales of Elfland do not stand or fall on their actuality but on their truthfulness, their speaking to the human condition, the longings we all have for the Faerie Other.

Irène Némirovsky, born 11 February 1903, Sun in Aquarius, Moon in Leo, After all, people judge one another according to their own feelings. It is only the miser who sees other enticed by money, the lustful who see others obsessed by desire.

Roman Calendar: Our Lady of Lourdes – Optional Memorial (first appearance to Bernadette). The site of the appearance was once sacred to Persephone.

Gospel of Thomas: (34) Jesus said, “If a blind man leads a blind man, they will both fall into a pit.”