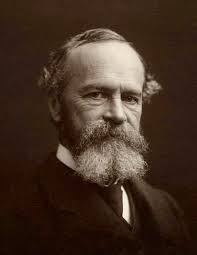 A great many people think they are thinking when they are really rearranging their prejudices.

William James, born on 11 January 1842, Sun and Moon in Capricorn, Ascendant in Sagittarius, American psychologist and philosopher, The art of being wise is the art of knowing what to overlook.

Carmentalia: Today is the first day of Carmentalia, the feast day (11 January to 15 January) of the Roman goddess Carmenta, an ancient oracle who later was deified by the Romans as the goddess of childbirth and prophecy. She had the power to travel through time, both past and future. Her temple was on Capitoline Hill and her feast was mainly attended by women.

Gospel of Thomas: (3) Jesus said, “If those who lead you say to you, ‘See, the kingdom is in the sky,’ then the birds of the sky will precede you. If they say to you, ‘It is in the sea,’ then the fish will precede you. Rather, the kingdom is inside of you, and it is outside of you. When you come to know yourselves, then you will become known, and you will realize that it is you who are the sons of the living father. But if you will not know yourselves, you dwell in poverty and it is you who are that poverty.”