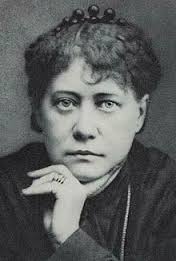 Do not be afraid of your difficulties.Do not wish you could be in other circumstances than you are. For when you have made the best of an adversity, it becomes the stepping stone to a splendid opportunity.

The possible truths, hazily perceived in the world of abstraction, like those inferred from observation and experiment in the world of matter, are forced upon the profane multitudes, too busy to think for themselves, under the form of Divine revelation and scientific authority. But the same question stands open from the days of Socrates and Pilate down to our own age of wholesale negation: is there such a thing as absolute truth in the hands of any one party or man? Reason answers, “there cannot be.” There is no room for absolute truth upon any subject whatsoever, in a world as finite and conditioned as man is himself. But there are relative truths, and we have to make the best we can of them.

“You’re neither unnatural, nor abominable, nor mad; you’re as much a part of what people call nature as anyone else; only you’re unexplained as yet–you’ve not got your niche in creation.”

from The Well of Loneliness by Radclyffe Hall, born 12 August 1880, Sun in Leo, Moon in Scorpio.

“But some day that will come, and meanwhile don’t shrink from yourself, but face yourself calmly and bravely. Have courage; do the best you can with your burden. But above all be honourable. Cling to your honour for the sake of those others who share the same burden. For their sakes show the world that people like you and they can be quite as selfless and fine as the rest of mankind. Let your life go to prove this–it would be a really great life-work, Stephen.”

Marty Seligman (born August 12, 1942) American psychologist, educator, and author of self-help books. Since the late 90s, Seligman has been an avid promoter within the scientific community for the field of positive psychology.

William Breeze (born August 12, 1955) American author and publisher on magick and philosophy. He is a Patriarch of Ecclesia Gnostica Catholica, the liturgical arm of Ordo Tempi Orientis.