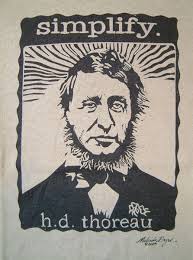 Any fool can make a rule
And any fool will mind it.

The life that I aspire to live
No man proposeth me—
No trade upon the street
Wears its emblazonry.

David Steindl-Rast OSB (born July 12, 1926) Catholic Benedictine monk, notable for his active participation in interfaith dialogue and his work on the interaction between spirituality and science. He co-founded the Center for Spiritual Studies with Jewish, Buddhist, Hindu and Sufi teachers, and since the 1970s has been a member of the cultural historian William Irwin Thompson’s Lindisfarne Association. His writings include Gratefulness, the Heart of Prayer, The Music of Silence (with Sharon Lebell), Words of Common Sense and Belonging to the Universe (co-authored with Fritjof Capra). He also co-founded A Network for Grateful Living, an organization dedicated to gratefulness as a transformative influence for individuals and society. He expressed his belief in panentheism, where divinity interpenetrates every part of existence and timelessly extends beyond it (as distinct from pantheism).

The religions start from mysticism. There is no other way to start a religion. But, I compare this to a volcano that gushes forth …and then …the magma flows down the sides of the mountain and cools off. And when it reaches the bottom, it’s just rocks. You’d never guess that there was fire in it. So after a couple of hundred years, or two thousand years or more, what was once alive is dead rock. Doctrine becomes doctrinaire. Morals become moralistic. Ritual becomes ritualistic. What do we do with it? We have to push through this crust and go to the fire that’s within it.

Malala Yousafzai (4.7.5) born 12 July 1997, Pakistani activist for female education and the youngest-ever Nobel Prize laureate, known mainly for human rights advocacy for education and for women in her native Swat Valley in the Khyber Pakhtunkhwa, northwest Pakistan, where the local Taliban had at times banned girls from attending school.