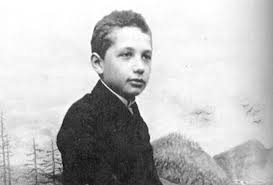 A human being is a part of the whole, called by us ‘Universe’, a part limited in time and space. He experiences himself, his thoughts and feelings as something separate from the rest — a kind of optical delusion of his consciousness. The striving to free oneself from this delusion is the one issue of true religion. Not to nourish the delusion but to try to overcome it is the way to reach the attainable measure of peace of mind.

In moments of crisis imagination is more important than knowledge.

Reality is merely an illusion, albeit a very persistent one.

We are the music-makers,
And we are the dreamers of dreams,
Wandering by lone sea-breakers,
And sitting by desolate streams.
World-losers and world-forsakers,
Upon whom the pale moon gleams;
Yet we are the movers and shakers,
Of the world forever, it seems.

With wonderful deathless ditties
We build up the world’s great cities,
And out of a fabulous story
We fashion an empire’s glory:
One man with a dream, at pleasure,
Shall go forth and conquer a crown;
And three with a new song’s measure
Can trample an empire down.

We, in the ages lying
In the buried past of the earth,
Built Nineveh with our sighing,
And Babel itself with our mirth;
And o’erthrew them with prophesying
To the old of the new world’s worth;
For each age is a dream that is dying,
Or one that is coming to birth.

Gospel of Thomas: (65) He said, “There was a good man who owned a vineyard. He leased it to tenant farmers so that they might work it and he might collect the produce from them. He sent his servant so that the tenants might give him the produce of the vineyard. They seized his servant and beat him, all but killing him. The servant went back and told his master. The master said, ‘Perhaps he did not recognize them.’ He sent another servant. The tenants beat this one as well. Then the owner sent his son and said, ‘Perhaps they will show respect to my son.’ Because the tenants knew that it was he who was the heir to the vineyard, they seized him and killed him. Let him who has ears hear.”

Concise Epitome: 8.4 Your cones are vacant and if you intend to persist in the Game, you are to take a decision. Now it’s time to direct an elected team beyond the Last Frontier to play with real Darkness. (I vostri Coni sgombri sono e se il Gioco seguitare intendete, provvisioni di buio oltre l’Ultima Frontiera, a fare avrete)