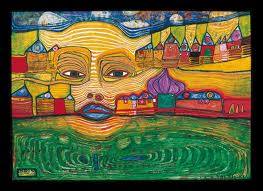 “When we dream alone it is only a dream, but when many dream together it is the beginning of a new reality.”

“We’re all born strangers to ourselves and each other, and we’re seldom formally introduced.”

“We contrast the urban and the natural, but that’s a contemporary myth. We’re animals, after all; our cities are organic products, fully as “natural” (whatever that word really means) as a termite hill or a rabbit warren. But how much more interesting: how much more complex, dressed in the intricacies and exfoliations of human culture, simple patterns iterated into infinite variation. And full of secrets, beyond counting.”

“There are so many kinds of time. The time by which we measure our lives. Months and years. Or the big time, the time that raises mountains and makes stars. Or all the things that happen between one heartbeat and the next. Its hard to live in all those kinds of times. Easy to forget that you live in all of them.”

“I won’t put my ignorance on an altar and call it God. It feels like idolatry, like the worst kind of idolatry.”

Nero, (9.5.9) Pl Instr/Power., Roman emperor of the Julio-Claudian dynasty (15 December 37-d. 68) The first frozen dessert is credited to Emperor Nero of Rome. It was a mixture of snow (which he sent his slaves into the mountains to retrieve) and nectar, fruit pulp and honey. Archaeologists have uncovered what they believe to be the Roman emperor Nero’s fabled rotating dining room. The ‘coenatio rotunda’, which was discovered in the remains of the first century Golden Palace on Rome’s Palatine Hill, is thought to be the one described by the Roman historian Suetonius in Lives of the Caesars. He wrote: ‘The chief banqueting room was circular, and revolved perpetually night and day in imitation of the motion of the celestial bodies.’