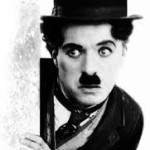 I have forgiven mistakes that were indeed almost unforgivable. I’ve tried to replace people who were irreplaceable and tried to forget those who were unforgettable. I’ve acted on impulse, have been disappointed by people when I thought that this could never be possible… But I have also disappointed those who I love. I have laughed at inappropriate occasions. I’ve made friends that are now friends for life. I’ve screamed and jumped for joy. I’ve loved and I’ve been loved. But I have also been rejected and I have been loved without loving the person back. I’ve lived for love alone and made vows of eternal love. I’ve had my heart broken many, many times! I’ve cried while listening to music and looking at old pictures. I’ve called someone just to hear their voice on the other side. I have fallen in love with a smile. At times, I thought I would die because I missed someone so much. At other times, I felt very afraid that I might lose someone very special (which ended up happening anyway). But I have lived! And I still continue living everyday. I’m not just passing through life and you shouldn’t either… Live! The best thing in life is to go ahead with all your plans and your dreams, to embrace life and to live everyday with passion, to lose and still keep the faith and to win while being grateful. All of this because the world belongs to those who dare to go after what they want. And because life is really too short to be insignificant.

Anatole France (16 April 1844 – 12 October 1924), was a French poet, journalist, and novelist, Sun and Moon in Aries, Ascendant in Gemini. He was born in Paris, and died in Saint-Cyr-sur-Loire. He was a successful novelist, with several best-sellers. Ironic and skeptical, he was considered in his day the ideal French man of letters. He was a member of the Académie française, and won the Nobel Prize for Literature in recognition of his brilliant literary achievements, characterized as they are by a nobility of style, a profound human sympathy, grace, and a true Gallic temperament.