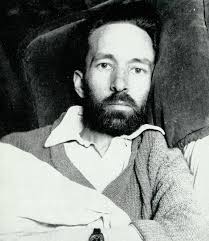 You cannot stay on the summit forever; you have to come down again. So why bother in the first place? Just this: What is above knows what is below, but what is below does not know what is above. One climbs, one sees. One descends, one sees no longer, but one has seen. There is an art of conducting oneself in the lower regions by the memory of what one saw higher up. When one can no longer see, one can at least still know.

Ramtha Knight, born on 16 March 1946, Sun in Pisces, Moon in Virgo, Ascendant in Sagittarius, American psychic, speaking through a channel from Atlantis (Ramtha).

Whatever it is, if it doesn’t make you happy, walk away, give it away to someone else who wants it. Let it be THEIR next dream; let it flee from you. You’re emptying out your limitations when you do that. Then you have ROOM to grow, to allow magnificent things to fill the vacuum of those seemingly empty places. When you hold onto yesterday, when you hold onto dead and dying adventures, you have no room in your box for greatness.

Love yourself by listening to what you feel. Listen to how you feel about everything. And if the whole world disagrees with how you feel, love the world for exhibiting its own judgment and its own truth. Allow THEM to be without removing YOU from your decision based on your emotional body and how it feels. That is TRUE love of Self.

God is the simplicity of all things.

Anita Moorjani (born Anita Shamdasani, 16 March 1959), New York Times best selling author of the book Dying to be Me, speaker and intercultural consultant for multinational corporations. In 2006, after suffering cancer for almost four years, Anita’s organs started shutting down and she slipped into a deep coma. She was rushed to the hospital where she claims to have crossed into the afterlife during a Near Death Experience (NDE). Upon returning from her NDE, her body healed from the end-stage lymphoma within a matter of days and within months was completely cancer free.
Bernardo Bertolucci (12.8.6) Italian film director (Parma, Italy, March 16, 1941), Ultimo tango a Parigi (Last Tango in Paris, 1972), 1900 (Novecento, 1976), L’ultimo imperatore (The Last Emperor, 1987), Little Buddha (1993).

Gospel of Thomas: (67) Jesus said, “If one who knows the all still feels a personal deficiency, he is completely deficient.”