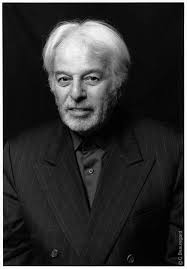 Awakening is not a thing. It is not a goal, not a concept. It is not something to be attained. It is a metamorphosis. If the caterpillar thinks about the butterfly it is to become, saying ‘And then I shall have wings and antennae,’ there will never be a butterfly. The caterpillar must accept its own disappearance in its transformation. When the marvelous butterfly takes wing, nothing of the caterpillar remains.

Alejandro Jodorowsky, born on 17 February 1929 with Sun in Aquarius and Moon in Gemini, Jodorowsky is a typical Aquarian director, actor, comic book writer, tarot-reader and therapist. In the 70s he was known for his outrageous, psychedelic and consensus reality disintegrating esoteric movies (El Topo and The Holy Mountain), which provided a lot of inspiration during my youth. He once said: “Most directors make films with their eyes. I make films with my testicles.” and “I ask of cinema what most North Americans ask of psychedelic drugs.” Jodorowsky has recently devoted attention to a psychological therapy called psychomagic, which is based on the belief that the performance of certain outside acts can directly act upon the unconscious mind, releasing it from a series of collective traumas. Other movies are Tusk (1980), Santa Sangre (1989), The Rainbow Thief (1990), The Dance of Reality (2012). He has also written a series of science fiction comic books, such as The Incal (1981-1989), Technopriests and Metabarons. (11.3)

“What I am trying to do when I use symbols is to awaken in your unconscious some reaction. I am very conscious of what I am using because symbols can be very dangerous. When we use normal language we can defend ourselves because our society is a linguistic society, a semantic society. But when you start to speak, not with words, but only with images, the people cannot defend themselves.”

“For art to be art it has to cure. If it does not cure it is not true art.”

“The person who does not control his territory does not control his existence. If someone is not conscious, he is taken over, not only outwardly but also with the thoughts that assault him. He is very vulnerable to desires and feelings. For example, you live calmly with your wife, and then—catastrophe! Suddenly you lose control because you have fallen in love with another. You don’t have to fall victim to that reality; what you have to do is navigate in it, overcome the winds and sandstorms. Amid the storms at sea and the signs, you must move forward calmly and look toward the port you’re heading for.”

Time is the father of truth, its mother is our mind.
It may be you fear more to deliver judgment upon me than I fear judgment.
Time takes all and gives all.

This whole which is visible in different ways in bodies, as far as formation, constitution, appearance, colors and other properties and common qualities, is none other than the diverse face of the same substance — a changeable, mobile face, subject to decay, of an immobile, permanent and eternal being.

Stephen Larsen (February 17, 1941) psychologist and author who, with his wife Robin Larsen, was on the founding board of advisors of the Joseph Campbell Foundation and also founded the Center for Symbolic Studies;  best known for his work in mythology, and for being a pioneer in the field of neurofeedback.

Gospel of Thomas: (40) Jesus said, “A grapevine has been planted outside of the father, but being unsound, it will be pulled up by its roots and destroyed.”