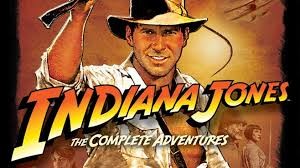 “The love we do not show here on Earth is the only thing that hurts us in the after-life.”

Steven Spielberg: born on 18 December 1946 with Sun in Sagittarius, Moon in Scorpio and Ascendant in Cancer, he is the most financially successful and influential motion picture director of all time, also acclaimed by many magazines as number one in the list of the greatest film directors. Spielberg made his first movie at the age of 12. His first cult movie was Duel, which is about a mysterious non-ordinary truck terrorizing a driver. Success came with Jaws, Close Encounters of the Third Kind, E.T. the Extra-Terrestrial, The Color Purple, Jurassic Park and in recent years also with Schindler’s List, and the Sagittarius trilogy on men on the run (A.I.: Artificial Intelligence, Minority Report, Catch Me If You Can), followed by The Terminal, the story of a traveller forced to live in a terminal at JFK International Airport. Yet, the most popular of his movies are those related with Indiana Jones, who personifies the triumph of Sagittarius. Played by Harrison Ford, the character is a respectable university professor of anthoropology, capable of speaking 27 languages, aversed to snakes, and major risk taker, adventurer and globe trotter.

Bill Nelson (9.4) (born 18 December 1948, Wakefield, West Yorkshire, England)  English guitarist, songwriter, painter, musician. Interested in Gnosticism in the mid-1980s and his album Chance Encounters in the Garden of Lights includes songs with titles evocative of Gnostic concepts. The dedication of the album reads “I offer this work to my fellow initiates as a testament to the Gnosis and a confirmation of The World Within.”