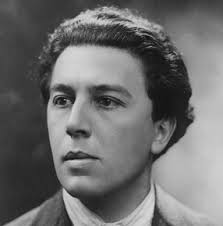 Tell me whom you haunt and I’ll tell you who you are.

“The man who cannot visualize a horse galloping on a tomato is an idiot.”

“What is admirable about the fantastic is that there is no longer anything fantastic: there is only the real.”

“Nothing that surrounds us is object, all is subject.”

“There has never been any forbidden fruit. Only temptation is divine. To feel the need to vary the object of this temptation, to replace it by others — this bears witness that one is about to be found unworthy, that one has already doubtless proved unworthy of innocence …”

“The mind, placed before any kind of difficulty, can find an ideal outlet in the absurd. Accommodation to the absurd readmits adults to the mysterious realm inhabited by children.”

Nicolaus Copernicus (12.9.6) Sun in Pisces, Moon in Sagittarius, Ascendant in Virgo, born  February 19,  1473 in Torun Royal Prussia,  Renaissance astronomer and the first person to formulate a comprehensive heliocentric cosmology  which displaced the Earth  from the center of the universe.

Pierre Barouh (12.2) Sun in Pisces, Moon in Taurus, born February 19, 1934 in Paris is a French writer-composer-singer