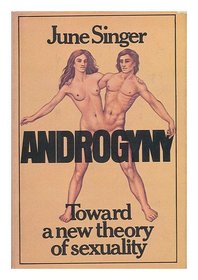 Androgyny is not trying to manage the relationship between the opposites; it is simply flowing between them.

Don’t compromise yourself. You’re all you’ve got.

Janis Joplin: born in Texas on 19 January 1943 with Sun in Capricorn, Moon in Cancer and Ascendant in Aquarius, 10.4.11) she is regarded as the greatest white female rock vocalist of the 1960s. Cheap Thrills, her first hit album was released in 1968 with the band Big Brother & the Holding Company, and topped the charts for eight weeks. Joplin’s life was full of excesses with drugs and alcohol. She died of an overdose at the age of 27 in 1970. Although her career was short, it left an outstanding Aquarian mark on the music scene, introducing unprecedented themes. Joplin’s most distinctive features were her powerful, rasping and over-tone rich voice, her exuberant and rebellious way of dressing (she was probably the first female performer wearing pants and appearing without any makeup), a public outrageous attitude combined with sense of humour and deep emotional expression.

Gavin Bone (born 19 January 1964) English author and lecturer in the fields of magic, witchcraft, Wicca and Neo-Paganism, and an organizer in the Neo-Pagan community.

ACIM: I am not alone in experiencing the effects of my thoughts.

Concise Epitome: 3.3 Well, that is an elongated chronicle and, although it is an inconceivable and, alas, forlorn enterprise, we will endeavour to explain it in human terms. (Ebbene, si tratta di una storia molto estesa e, benché l’impresa sia pretenziosa, con copiosa titubanza azzarderemo ugualmente a dispiegarla.)