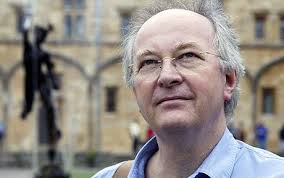 When you choose one way out of many, all the ways you don’t take are snuffed out like candles, as if they’d never existed. At that moment all Will’s choices existed at once. But to keep them all in existence meant doing nothing. He had to choose, after all.
If a coin comes down heads, that means that the possibility of its coming down tails has collapsed. Until that moment the two possibilities were equal.
But on another world, it does come down tails. And when that happens, the two worlds split apart.

You cannot change what you are, only what you do.

Marsilio Ficino, one of the greatest protagonists of the Italian Renaissance, was born in Figline Valdarno near Florence, on 19 October 1433, with Sun in Scorpio, Moon in Capricorn and Ascendant in Aquarius. Priest, doctor, musician, author, philosopher, astrologer, magician, healer and shaman, Ficino provided the first Latin translations of the Corpus Hermeticum attributed to Hermes Trismegistus and of Plato’s works. His most famous work on astrological healing and magic are De triplici vita, “Three Books on Life”. I regard Marsilio Ficino and one of the major modern pioneers of astroshamanic work. Please find below some quotes and online resources. For Ficino, the dignity of man is the core of human existence, which implies that there is a universal human community of evolving souls in which each member is responsible for himself. Here only love can draw these individuals together and connect them to the Divine. His work Symposium provides a complete philosophy of love, while Philebus unveils the highest good through a dissertation on pleasure and the vision of Good itself. Marsilio’s cosmology embraces a harmonious hierarchy of five distinct substances: the boundless Deity, the angelic mind, the rational soul, quality and body. Here man is the mean between absolute spirit and primordial matter. The human soul is mysteriously connected to Anima Mundi, the World Soul, a microcosmic matrix of the intelligent forces of the macrocosm. Since the universe is hierarchical and dynamic, the soul can grasp it only through meditation in an ascension process based on understanding and love beyond any kind of intellect, life itself, pure existence, absolute being. This ascension requires the transcendence of the rational mind and a strenuous effort energized by unconditional love.

Marsilio was also the inventor of the term ‘Platonic love’, by which authentic relationships and true friendships are founded and supported by the core of human life, i.e. the original love of the Divine. Hence, every sacred relationship between any two individuals is in reality triadic, embracing the two partners and Deity.    Since love unifies the universe and draws humanity towards its original state, it integrates the individual at each stage of the divine ascent. The Good is reflected on every level of being as the greatest unity possible on that plane and as pleasing to the consciousness abiding there. Happiness is the inward satisfaction and calm contentment which come from the increasing degrees of wholeness achieved through the conscious ascent of the soul. The ethical and intellectual joys of the philosophic mind are merely a prelude to the mystical bliss of meditation. Even the angelic mind must pass beyond all shadows to be lost in the ineffable light of the Good, the Agathon, Brahma Vach. This philosophical and mystical vision, though attenuated over time, left a profound impress which influenced the generations that followed Marsilio. Augustinus Steuchus was so touched by the mystical teaching of Marsilio that he wrote a volume entitled De Philosophia Perenni, proclaiming to Christendom the ancient tradition that there is a perennial wisdom that stands outside all cultures and epochs, inspiring what is authentic in every teaching and tradition, a haunting voice calling humanity back to itself and intimating the pure possibility of self-regeneration leading to rebirth in the Divine

Most important, the Cosmos is itself an animal more unified than any other animal, the most perfect animal…
Artists in each of the arts seek after and care for nothing but love.

You are running to seek your friend. Let your feet run, but your mind need not.

Let man revere himself as an image of the divine Deity. Let him hope to ascend again to God, even as the divine Majesty deigns in a mysterious way to descend to him. Let him love the Divine with all his heart, so as to transform himself into the Divine, who through singular love wonderfully transformed himself into man.

Sir Thomas Browne (19 October 1605 – 19 October 1682) English polymath and author of varied works which reveal his wide learning in diverse fields including science and medicine, religion and the esoteric.