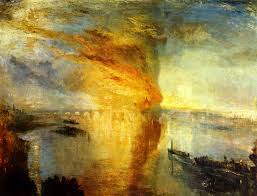 The most remarkable thing about man’s dreams is that they all come true; this has always been the case, though no one would care to admit it.

Halldór Laxness, born 23 April 1902, Sun in Taurus, Moon and Ascendant in Scorpio, Icelandic writer, Nobel Prize laureate (d. 1998) “Human beings, in point of fact, are lonely by nature, and one should feel sorry for them and love them and mourn with them. It is certain that people would understand one another better and love one another more if they would admit to one another how lonely they were, how sad they were in their tormented, anxious longings and feeble hopes.”

ACIM: 113. I am one Self, united with my Creator. Salvation comes from my one Self.

Gospel of Thomas: (105) Jesus said, “He who knows the father and the mother will be called the son of a harlot.”