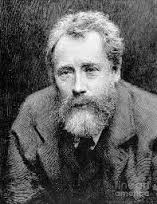 “It matters not how strait the gate,
How charged with punishments the scroll,
I am the master of my fate:
I am the captain of my soul.”

Rob Bell (7.11.3, Neptune cjn Sun, Pluto cjn IC, Saturn cjn Moon) born August 23, 1970, American author, motivational speaker and former pastor, founder of Mars Hill Bible Church located in Grandville, Michigan, one of the fastest-growing churches in America; author of the New York Times bestseller Love Wins and the writer and narrator of a series of spiritual short films called NOOMA. In 2011 Time Magazine named Bell on its list of the 100 Most Influential People in the World.

“For love was offered me and I shrank from its disillusionment;
sorrow knocked at my door, but I was afraid;
ambition called to me, but I dreaded the chances.
Yet all the while I hungered for meaning in my life.
And now I know that we must lift the sail
and catch the winds of destiny
wherever they drive the boat.
To put meaning in one’s life may end in madness,
but life without meaning is the torture
of restlessness and vague desire,
it is a boat longing for the sea and yet afraid.”

“You are nothing but the specter of a deceptive glow. I will craft a paradise from the dreams of my own heart; My life can do without your gleaming rays. We, the idealists, in our spirits Lie the secrets of divinity and an immortality lost.’ ‘Do not cast your beams over my thicket! If you rise, it is for other than my poet’s heart. Your light no longer stirs my emotions, For my lot is the night stars that inspire the mind. They are friends who remain awake in the dark. They understand my soul, my explosive emotions, And they stretch to my eyelids radiant threads Of silver light in the enchanted evening.’ ‘Night is all life’s melodies and poetry Where the inspirational god of beauty wanders. The soul, no longer imprisoned, flutters about in it And spirits soar above the stars. How often I have walked beneath its shadows and lights Forgetting the sadness of an unjust existence, On my lips a song with a divine resonance Recited to my mouth by a caravan of stars.’ ‘How often I have gone to watch every passing light And compose my melodies in the dark of night, Or to watch the moon bidding farewell in the darkness And wander in the valley of enchanting fantasies. Silence sends a shiver through my soul Beneath the evening calm and dark, And light dances in my eyelids, drawing In their depths the dreams of a hopeful heart.’ ‘Sun! As for you… what? What can my emotions and my mind find in you? Do not be surprised if I am in love with darkness, You goddess of the flame that melts and thaws You who shred every dream that rises For the dreamers, and every enchanting spirit— You who destroy what the darkness builds And the silence in the depths of a poet’s heart.’ ‘The sum of your dancing lights, oh sun, Are weaker than the flame of my resistance, And the madness of your fire will never rend my melody As long as my singing harp stays in my hand. If you should submerge the earth, remember That I will rid my temple of your rays And bury the past that you exalted To let the beautiful night be canopied Over my tomorrow.’ (from Revolt against the Sun, excerpts)

James Van Praagh (7.11) b. August 23, 1958, Bayside, New York, best selling author, who describes himself as a medium with the ability to communicate with spirits of the dead. Van Praagh has written several books dealing with the subject of parapsychology. From 2002 to 2003, he hosted a syndicated daytime talk show entitled “Beyond With James Van Praagh.” He subsequently partnered with CBS to produce several tv-movies and mini-series based on his books, including “Living With The Dead” and “The Dead Will Tell.” He is currently the co-Executive Producer of the television series Ghost Whisperer on CBS.

Walter Ernest Butler (August 23, 1898 – August 1, 1978) occultist, author and the Founder and first Director of Servants of the Light in Britain.