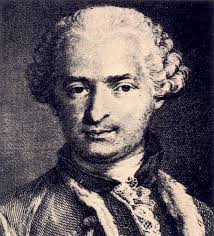 Curious tellers of all nature,
I knew all the great principle and purpose.
I saw the gold potential at the bottom of its mining
I grabbed her and surprised her with bread

I explained by what art the soul to the side of a mother
Made his home wins, and how a glitch
Set against a grain of wheat under wet dust
One plant and one vine, are the bread and wine.

There was, God wanted nothing became something,
I doubted I looked at what the world asks,
Nothing kept his balance and used to support.

Finally, with the weight of praise and blame,
I weighed the eternal, he called my soul
I died, I adored, I did not know anything.

Mark Nepo (12.6) born February 23, 1951, in Brooklyn, New York, poet and philosopher who has taught in the fields of poetry and spirituality for over 30 years, best known for his New York Times #1 bestseller, The Book of Awakening. He has published 12 books and recorded six audio projects.

Sonya Hartnett, Australian writer, 1968, (12.10). “Life is lived on the inside. What’s outside doesn’t matter.” “You’re not supposed to have iron bars around you – no one is supposed to have that. You’re supposed to fall down hills and get lonely, and find your own food and get wet when it rains. That’s what happens when you’re alive.”