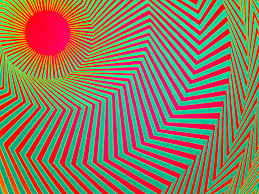 You need to be like the sun’s rays, which constantly lay on the rubbish, yet they don’t get dirty.

Vincent de Paul, born 24 April 1581  Sun in Aries and Moon in Aquarius, French priest and saint. The most powerful weapon to conquer the devil is humility. For, as he does not know at all how to employ it, neither does he know how to defend himself from it.

Mantak Chia, born April 24, 1944 in Bangkok, Thailand, Taoist Master, best known for his teaching Taoist practices under the names of Healing Tao, Tao Yoga, Universal Healing Tao System and Chi Kung. Throughout decades of teaching, he has run numerous workshops, written a series of books, and published a number of training videos. For this reason, some people call him an author, a teacher or a healer. He views himself primarily as a teacher, “who helps his students empower themselves through cultivation of their chi energy.” Author of Taoist Secrets of Love: Cultivating Male Sexual Energy, The Multi-orgasmic Man.

Jakob Böhme (probably April 24, 1575 – November 17, 1624) German Christian mystic and theologian. He is considered an original thinker within the Lutheran tradition. In contemporary English, his name may be spelled Jacob Boehme; in seventeenth-century England it was also spelled Behmen, approximating the contemporary English pronunciation of the German Böhme.

702 – Ja’far al-Sadiq, Arabian Imam (d. 765) The person who is aware of the present situations of his time, will never get involved with falsifying and wrongdoing.