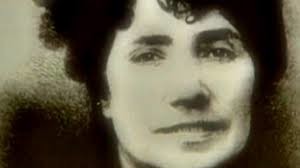 I see my path, but I don’t know where it leads. Not knowing where I am going is what inspires me to travel it.

Giovanni Pico della Mirandola: (12.2.7) born on 24 February 1463, with Sun in Pisces, Moon in Gemini and Ascendant in Libra, died 17 November 1494,  Pico is renowned for his colossal and eclectic intellect that during the span of his 31 years of life lead him to master whatever was available in all the academic curricula of his times. He was a most precocious child with an astounding memory, which allowed him to be appointed as papal pronotary at the age of ten, and also to be fluent in any officially known language. He had the ability to deeply tap into the web of live and uncover basic connections in all cultures and traditions. His attitude involved considering a topic from all possible perspectives, aligning it to a wider horizon and deriving a most expanded understanding. He aimed to reconcile different belief systems and arbitray configurations into one harmonious whole, arguing that all religions and traditions describe the same god. For this reason he was often called Princeps Concordiae (Prince of Harmony). He is the author of the Oration on the Dignity of Man, which is regarded as the manifest of the Renaissance. In his works Pico, who was one of Marsilio Ficino’s main students, supported esoteric studies, magic and the Kabbalah. He also wrote one of the most famous works against astrology. His death, which was predicted accurately by an astrologer, happened in most mysterious circumstances.

Gospel of Thomas: (47) Jesus said, “It is impossible for a man to mount two horses or to stretch two bows. And it is impossible for a servant to serve two masters; otherwise, he will honor the one and treat the other contemptuously. No man drinks old wine and immediately desires to drink new wine. And new wine is not put into old wineskins, lest they burst; nor is old wine put into a new wineskin, lest it spoil it. An old patch is not sewn onto a new garment, because a tear would result.”