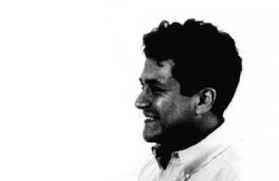 A path without a heart is never enjoyable. On the other hand, a path with heart is easy— it does not make a warrior work at liking it; it makes for a joyful journey; as long as a man follows it, he is one with it.

Carlos Castaneda: born on 25 December 1925, with Sun and Jupiter in Capricorn, Moon and Ascendant in Taurus. This is a most earthy and solid triad, which explains Castaneda’s pragmatic attitude towards shamanic work is not surprising, as well as his dislike for the term “spiritual”. This astounding capacity is proved by the superlative success of his books (selling more than 8 millions copies and translated in 17 languages) and tools. In his work he describes one’s own initiatory training with a Yaqui shaman named Don Juan. Castaneda kept himself out of the public eye and it is not clear whether or not his books are documented fact or entirely fiction. For Castaneda, the primary goal is the continuation of awareness after physical death, which requires discipline and procedures representing the way of the Warrior. These practices are aimed at maximising personal power, avoiding waste of energy (impeccability) and mastering awareness through the operative use of the assemblage point. According to Castaneda humans are glowing cocoons of awareness set in a universe described euphemistically as all-pervading filaments of light. Such cocoons are intersected throughout by these filaments, producing perception, but they filter our perceptions by concentrating on only a small bundle. The assemblage point is the focusing lens which draws from the emanations and produces the HAC. By shifting the assemblage point it is possible to perceive other realities, which are no less real that ordinary daily life. One of Castaneda’s final tools is Tensegrity, a series of meditative stretching and posing ttechniques. These tools, together with most of Castaneda’s ideas and views have caused major disputes and controversies. Click here for more details.

Personal history must be constantly renewed by telling parents, relatives, and friends everything one does. On the other hand, for the warrior who has no personal history, no explanations are needed; nobody is angry or disillusioned with his acts. And above all, no one pins him down with their thoughts and their expectations.

The most effective way to live is as a warrior. A warrior may worry and think before making any decision, but once he makes it, he goes his way, free from worries or thoughts; there will be a million other decisions still awaiting him. That’s the warrior’s way.

Whenever a warrior decides to do something, he must go all the way, but he must take responsibility for what he does. No matter what he does, he must know first why he is doing it, and then he must proceed with his actions without having doubts or remorse about them.

An immortal being has all the time in the world for doubts and bewilderment and fears. A warrior, on the other hand, cannot…because he knows for a fact that the totality of himself has but a little time on this earth.

Angelus Silesius (25 December 1624, “Christ could be born a thousand times in Bethlehem – but all in vain until He is born in me”; Die Ros ist ohn warum; sie blühet weil sie blühet, Sie acht nicht ihrer selbst, fragt nicht, ob man sie siehet (The rose is without ‘why’; it blooms simply because it blooms. It pays no attention to itself, nor does it ask whether anyone sees it)