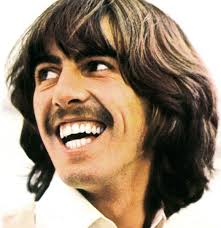 Meher Baba, born on 25 February 1894, Sun in Pisces, Moon in Scorpio, Ascendant in Aquarius (died January 31, 1969), Indian mystic and spiritual master who declared publicly in 1954 that he was the Avatar of the age. From 1925 to the end of his life, Meher Baba maintained silence, communicating by means of an alphabet board or by unique hand gestures.

Do not search for God outside of you. God can only be found within you, for His only abode is the heart.

There are no divisions as such, but there is an appearance of separateness because of ignorance. This means that everything is of ignorance and that every one is Ignorance personified.

This whole universe, with all its vastness, grandeur and beauty, is nothing but sheer imagination. In spite of so many discoveries, researches and scientific knowledge, the creation remains a great unsolved riddle.

Happiest is he who expects no happiness from others. Love delights and glorifies in giving, not receiving. So learn to love and give, and not to expect anything from others.

Live more and more in the Present, which is ever beautiful and stretches away beyond the limits of the past and the future.

God is Infinite and His Shadow is also infinite. The Shadow of God is the Infinite Space that accommodates the infinite Gross Sphere which, with its occurrences of millions of universes, within and without the ranges of men’s knowledge, is the Creation that issued from the Point of Finiteness in the infinite Existence that is God.

Carlo Goldoni (12.9) Italian playwright and librettist (25 February 1707 – 6 February 1793) from the Republic of Venice. Reformer of the Commedia dell’arte.

Gospel of Thomas: (48) Jesus said, “If two make peace with each other in this one house, they will say to the mountain, ‘Move Away,’ and it will move away.”