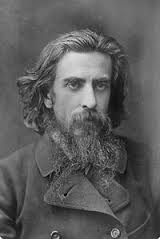 As long as the dark foundation of our nature, grim in its all-encompassing egoism, mad in its drive to make that egoism into reality, to devour everything and to define everything by itself, as long as that foundation is visible, as long as this truly original sin exists within us, we have no business here and there is no logical answer to our existence. Imagine a group of people who are all blind, deaf and slightly demented and suddenly someone in the crowd asks, “What are we to do?”… The only possible answer is “Look for a cure”. Until you are cured, there is nothing you can do. And since you don’t believe you are sick, there can be no cure.

David Lodge, (11.8) English author 28 January 1935,  He was brought up Catholic and has described himself as an “agnostic Catholic”. Many of his characters are Catholic and their Catholicism is a major theme.

Gospel of Thomas: (20) The disciples said to Jesus, “Tell us what the kingdom of heaven is like.” He said to them, “It is like a mustard seed. It is the smallest of all seeds. But when it falls on tilled soil, it produces a great plant and becomes a shelter for birds of the sky.”