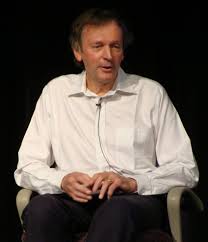 What you do, what you say and what you think can influence other people by morphic resonance. So we’re more responsible for our actions, words and thoughts on this principle than we would otherwise be. There is no immoral filter in morphic resonance, which means that we have to be more careful about what we are thinking if we are concerned about the effect we have on others.

People form all sorts of social groups within modern society, such as a football team, for example. Each player in the team is working as part of a larger whole — the team — and the team works together to score goals. The connections between members of social groups link them together through the morphic field. They’re interconnected through this field and the field is an invisible interconnection that links them. It continues to do so even when they’re far away.

The next time you are far away from somebody you know well, think about them and form the intention to telephone them. They may just pick up on that thought and start thinking about you. Then all of a sudden the phone rings and it’s that person. I call that telephone telepathy, and it is the most common kind of telepathy in the modern world. It’s just another way in which we are all interconnected.”

Morphic resonance is a memory principle in nature. Anything similar in a self-organizing system will be influenced by anything that has happened in the past, and anything in the future that happens in a similar system will be influenced by what happens now. So it is a memory in nature based on similarity, and it applies to atoms, molecules, crystals, living organisms, animals, plants, brains, societies, and indeed, planets and galaxies. So it is a principle of memory and habit in nature.

Living as if the world out there were somehow separate from us opens the door to the belief system of judgement and the chemical expressions of that judgment in our bodies. Thus we tend to see our world in terms of good germs and bad germs, and use words such as toxins and waste to describe the by-products of the very functions that give us life. It is in such a world that our bodies may become a combat zone for forces at odds with one another, creating the biological battlegrounds that play out as illness and disease. The holistic perspective of the Essenes sees all facets of our bodies as elements of one sacred and divine force moving through creation. Each is an expression of God. In a world where all that we may know and experience originates from such a unified source, bacteria, germs, and the by-products of our bodies work together to imbue our bodies with strength and life. This view invites us to redefine the tears, perspiration, blood, and products of digestion that we have known as waste as sacred elements of the earth that have served us, rather than abhorrent by-products that must be eliminated, discarded, and destroyed.

Just as ripples radiate from the place where a stone is thrown into a pool of water, our sometime-unconscious thoughts, feelings, emotions, and beliefs create the “disturbances” in the Field that become the blueprints for our lives.

Luigi Pirandello, born on 28 June 1867, Italian dramatist, novelist, Sun in Cancer, Moon in Taurus, Ascendant in Gemini, Uranus Power, Pluto Vessel, died 10 December 1936. Whatever is a reality today, whatever you touch and believe in and that seems real for you today, is going to be, like the reality of yesterday, an illusion tomorrow.

Stewart Farrar (28 June 1916 – 7 February 2000) English screenwriter, novelist and prominent figure in the Neopagan religion of Wicca, which he devoted much of his later life to propagating with the aid of his seventh wife, Janet Farrar.