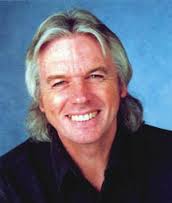 The greatest prison people live in is the fear of what other people think.

This ‘world’ began to forget it was Oneness, like a dream forgetting it is the dreamer. With this amnesia came the phenomenon we call fear, an expression of All Possibility that cannot manifest within the balance of Oneness. Fear only comes with the illusion of division and separation when consciousness perceives itself as part and not the whole. Fear is the shadow of illusory disconnection.

Doreen Virtue (2.6.10, Neptune cjn MC) born on April 29, 1958, American author, founder of Angel Therapy, a type of New Age therapy based on the idea that “communicating” with angels is the key to healing. She has written over 50 books including a collection of oracle card decks on the subject of angels and other New Age topics. She claims to have clairvoyant abilities such as seeing and conversing with spirits since she was a young child. She was married and divorced four times.

Edward “Ed” Fitch (born April 29, 1937 in Roxboro, North Carolina) occult author and a High Priest of the Gardnerian Wicca tradition, and was a leading figure in the rise of contemporary Wicca and Neo-Paganism in America