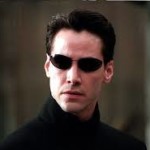 Have you ever had a dream, that you were so sure was real? What if you were unable to wake from that dream? How would you know the difference between the dream world and the real world?

(Morpheus to Neo in Matrix, co-authored by Andy Wachowski, born on 29 December 1967, Sun in Capricorn, Moon in Sagittarius)

Knowing the difference between the dream and the real world is basically our task in this life. We can either be the victims or the protagonists of a dream. When you become aware that there are many dreams you can dream, then you move up to another level, which is the realm of conscious choices. There you don’t live in a world of dreams and illusions anymore. You are not a dream, you are the dreamer. (Franco Santoro)

Albert Pike, born December 29, 1809 – April 2, 1891, American attorney, Confederate officer, writer, and Freemason.
“What we do for ourselves dies with us. What we do for others and the world remains and is immortal.”