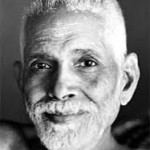 Nearly all mankind is more or less unhappy because nearly all do not know the true Self. Real happiness abides in Self-knowledge alone. All else is fleeting. To know one’s Self is to be blissful always.

Ramana Maharshi: born on 30 December 1879 with Sun in Capricorn, Moon in Cancer and Ascendant in Libra, he is widely regarded as one of the greatest Indian saints. At age 16, he had an enlightening experience, which set the course of his life. He was suddenly overcome by the feeling that he was about to die. He lay down on the floor, made his body stiff, and held his breath. “My body is dead now,” he said to himself, “but I am still alive.” In a flood of spiritual awareness he realized he was spirit, not his body. As a result, he became spontaneously self-realized and decided to withdraw on the holy hill of Arunachala where he would remain for the rest of his life. For several years he abstained from talking, spending several hours each day in alternative states of consciousness. When he began speaking again, people came to ask him questions, and he soon gained his reputation as a sage. Ramana Maharshi didn’t have a human guru (other than himself), yet he said that his guru was Arunachala, the holy mountain where he lived. His teachings were based on self-inquiry in which the seeker focuses continuous attention on the I-thought in order to find its source. In the beginning this requires effort, then eventually something deeper than the ego takes over and the mind dissolves in the heart centre. In other terms Ramana invites to return to the source from wherein all thought arises and ask ourself, “To whom is this thought? To whom has this anger arisen?” The answer would be obviously “To me”; after that, you then enquire as to “Who am I?”. Ramana Maharishi forbade answers like: I-am-not-the-body, I-am-not-the-food-I-eat, I-am-not-the-brain etc. He would also suggest the question “Whence am I?” which some of his devotees regard as more relevant than “Who am I?”. In this way one traces the ‘I-Thought’ back to the source, which is what one may call the God or the Self. Another important mantra of Ramana’s is: “Stay in Silence.”

It is false to speak of realisation. What is there to realise? The real is as it is always. We are not creating anything new or achieving something which we did not have before. The illustration given in books is this. We dig a well and create a huge pit. The space in the pit or well has not been created by us. We have just removed the earth which was filling the space there. The space was there then and is also there now. Similarly we have simply to throw out all the age-long samskaras [innate tendencies] which are inside us. When all of them have been given up, the Self will shine alone.

…Bliss is not something to be got. On the other hand you are always Bliss. This desire [for Bliss] is born of the sense of incompleteness. To whom is this sense of incompleteness? Enquire. In deep sleep you were blissful. Now you are not so. What has interposed between that Bliss and this non-bliss? It is the ego. Seek its source and find you are Bliss.

Every living being longs always to be happy, untainted by sorrow; and everyone has the greatest love for himself, which is solely due to the fact that happiness is his real nature. Hence, in order to realize that inherent and untainted happiness, which indeed he daily experiences when the mind is subdued in deep sleep, it is essential that he should know himself. For obtaining such knowledge the inquiry ‘Who am I?’ in quest of the Self is the best means.”

Reality is simply the loss of ego. Destroy the ego by seeking its identity.  Because the ego is no entity it will automatically vanish and reality will shine forth by itself.

There is no greater mystery than this, that we keep seeking reality though in fact we are reality. We think that there is something hiding reality and that this must be destroyed before reality is gained. How ridiculous!   A day will dawn when you will laugh at all your past efforts.  That which will be the day you laugh is also here and now.

Austin Osman Spare (30 December 1886 – 15 May 1956) English artist and occultist. He developed idiosyncratic magical techniques including automatic writing, automatic drawing and sigilization based on his theories of the relationship between the conscious and unconscious self.