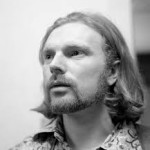 If you live the life you love, you get the blessing from above.

The greatest sign of success for a teacher is to be able to say, ‘The children are now working as if I did not exist’.

Imagination does not become great until human beings, given the courage and the strength, use it to create.

Often, between children and parents, roles are inverted. Children are compassionate towards their parents and accommodate them, so as to give them joy.

Try as much as possible to be wholly alive, with all your might, and when you laugh, laugh like hell and when you get angry, get good and angry. Try to be alive. You will be dead soon enough.

The greatest happiness you can have is knowing that you do not necessarily require happiness.

It takes a lot of rehearsing for a man to be himself.

Francis Chan (August 31, 1967) American preacher, former teaching pastor of Cornerstone Community Church in Simi Valley, California, a church he and his wife started in 1994, the Founder and Chancellor of Eternity Bible College and author of the best-selling books, Crazy Love: Overwhelmed by a Relentless God, 2009, and You and Me Forever: Marriage In Light of Eternity, 2014, Forgotten God: Reversing Our Tragic Neglect of the Holy Spirit, 2009. His other works include Erasing Hell in 2011, Multiply: Disciples Making Disciples in 2012, and the Basic Series by Francis Chan, a DVD series started in 2010.

Raymond Buckland (31 August 1934 – 27 September 2017), whose craft name was Robat, English writer on the subject of Wicca and the occult, and a significant figure in the history of Wicca, of which he was a high priest in both the Gardnerian and Seax-Wica traditions.