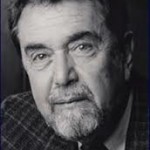 The easiest thing to be in the world is you. The most difficult thing to be is what other people want you to be. Don’t let them put you in that position.

Felice Leonardo Buscaglia: born on 31 March 1924, with Sun in Aries, Moon in Pisces and Ascendant in Sagittarius, he is a bestseling author of inspirational books on love. Known as “Dr Hug”, he shook up the University of Southern California in the 70s when he started classes on love, icombining sociology and psychology. He wrote more than a dozen books – such as Loving Each Other and Living, Loving, and Learning – and sold more than 11 million copies in 20 languages.

Find the person who will love you because of your differences and not in spite of them and you have found a lover for life.

Love is always open arms. If you close your arms about love you will find that you are left holding only yourself.

Love is life. And if you miss love, you miss life.

The fact that I can plant a seed and it becomes a flower, share a bit of knowledge and it becomes another’s, smile at someone and receive a smile in return, are to me continual spiritual exercises.

Too often we underestimate the power of a touch, a smile, a kind word, a listening ear, an honest compliment, or the smallest act of caring, all of which have the potential to turn a life around.

What love we’ve given, we’ll have forever. What love we fail to give, will be lost for all eternity.

Gospel of Thomas: (82) Jesus said: He who is near to me is near the fire, and he who is far from me is far from the kingdom.