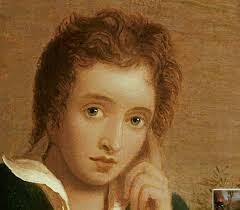 The awful shadow of some unseen Power
Floats though unseen among us; visiting
This various world with as inconstant wing
As summer winds that creep from flower to flower;
Like moonbeams that behind some piny mountain shower,
It visits with inconstant glance
Each human heart and countenance;
Like hues and harmonies of evening,
Like clouds in starlight widely spread,
Like memory of music fled,
Like aught that for its grace may be
Dear, and yet dearer for its mystery.

Some say that gleams of a remoter world
Visit the soul in sleep, — that death is slumber,
And that its shapes the busy thoughts

Ali al-Sistani (born August 4, 1930), Usuli marja in Iraq and the head of many of the seminaries (Hawzahs) in Najaf, described as the spiritual leader of Iraqi Shia Muslims and senior-most cleric in Shia Islam.