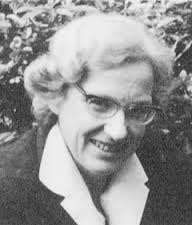 In many places mirrors are used as a defense against the evil eye of both human beings and of spirits, because it was thought that mirrors throw the harmful ‘rays’ back upon their source. In Spain, in Tripoli, and generally in China, mirrors are used for this purpose. A similar purpose is served by ‘fear masks,’ that is revoltingly evil-looking distorted faces that show the demon in his own image, from which he flees in terror.

It is a fact that if an impulse from one or the other sphere comes up and is not lived out, then it goes back down and tends to develop anti-human qualities. What should have been a human impulse becomes a tiger-like impulse. For instance, a man has a feeling impulse to say something positive to someone and he blocks it off through some inhibition. He might then dream that he had a spontaneous feeling impulse on the level of a child and his conscious purpose had smashed it. The human is still there, but as a hurt child. Should he do that habitually for five years, he would no longer dream of a child who had been hurt but of a zoo full of raging wild animals in a cage. An impulse which is driven back loads up with energy and becomes inhuman…

Doreen Valiente (4 January 1922 – 1 September 1999) English Wiccan responsible for writing much of the early religious liturgy within the tradition of Gardnerian Wicca.

Feast of the Grounding

This day is traditionally devoted to the grounding of one’s Multidimensional and Third-Dimensional Intention. Being the fourth day of the year, it holds together all four elements and directional forces in a potential immaculate alignment with one’s Core Multidimensional Identity and Intention. This day can offer an opportunity for finalising the setting of Intentions in all their modalities (1A, 1B and 1C) as well as expressions (1C1, 1C2, 1C3). Click here for details. For this purpose the Ritual Opera of the Sacred Cone by Pergolesi can be used.

Daily Guidance: 040199 (Pahekarubhe 10/5)  Pahai Sadoh shows a stone orange sphere on a rock. I place my hands on it. I saw the line on the horizon. A ship comes, full of treasures and luminous goods. The ship reaches the shore and all the goods are unloaded and carried up to the mountain. A camp is set. There are many Kiteri, the stone folks specialised in contracts, and they are all available to work in accordance with an Intent. In this binary the Intent is clear and the resources are most abundant. They are managed with wisdom and according to a specific plan.