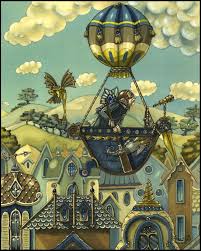 It is less difficult to look beyond … and foretell the future, than to look back and remember what has already gone before.

Jon Kabat-Zinn (3.9, Uranus cjn Sun) born Kabat on June 5, 1944,  Professor of Medicine Emeritus and creator of the Stress Reduction Clinic and the Center for Mindfulness in Medicine, Health Care, and Society at the University of Massachusetts Medical School, a student of Buddhist teachers such as Thich Nhat Hanh and Zen Master Seung Sahn and a founding member of Cambridge Zen Center. His practice of yoga and studies with Buddhist teachers led him to integrate their teachings with those of science. He teaches mindfulness, which he says can help people cope with stress, anxiety, pain, and illness.

The silence of nature is a conflicting silence from the human point of view. It is a blessed silence because it gives man an intuitive feeling of the great silence that was before the world and out of which everything arose. And it is oppressive at the same time because it puts man back into the state in which the word might be taken away from him again into that original silence.

Silence of the right sort (absence of noise , or perhaps even all sound) can be consciousness expanding… It is not waiting for anything; it is always wholly present in itself and it completely fills out the space in which it appears.

Christy Brown, born 5 June 1932, Sun and Moon in Gemini, Irish writer and painter, born with cerebral palsy, he was able to write or type only with the toes of his left foot.

You touched my flawed life so gently with love
burning upward in dark steady flame
burning me, burning me into healing.

With great power… comes great need to take a nap. Wake me up later.

Be careful of love. It’ll twist your brain around and leave you thinking up is down and right is wrong.