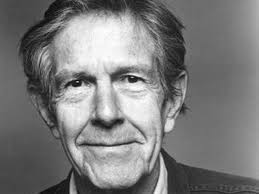 There is no such thing as an empty space or an empty time. There is always something to see, something to hear. In fact, try as we may to make a silence, we cannot.

If you develop an ear for sounds that are musical it is like developing an ego. You begin to refuse sounds that are not musical and that way cut yourself off from a good deal of experience.

Charles William King (6.8) 5 September 1818 – 25 March 1888, British Victorian writer and collector of gems, recognized as one of the greatest authorities on gems. In The Gnostics and their Remains (1864, 1887 2nd ed.) King sets out to show that rather than being a Western heresy, the origins of Gnosticism are to be found in the East, specifically in Buddhism. This theory was embraced by Blavatsky, who argued that it was plausible, but rejected by GRS Mead. According to Mead, King’s work “lacks the thoroughness of the specialist.”