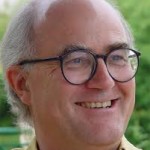 We perceive the world in a particular way and confidently expect it to conform to its appearance. But we fail to recognize that certain aspects of the ‘reality’ that appear to us are nothing but figments of our own imagination. In this confusion a conflict ensues between the world as it is and the world as we believe it to be. And the more we insist on our infallibility, the more frustrated we become as the actual world again and again stubbornly refuses to live up to our expectations.

“Exotic names, robes, insignia of office, titles — the trappings of religion — confuse as much as they help. They endorse the assumption of the existence of an elite whose explicit commitment grants them implicit extraordinariness.”

“The problem with certainty is that it is static; it can do little but endlessly reassert itself. Uncertainty, by contrast, is full of unknowns, possibilities, and risks.”

“The point is not to abandon all institutions and dogmas but to find a way to live with them more ironically, to appreciate them for what they are — the play of the human mind in its endless quest for connection and meaning — rather than timeless entities that have to be ruthlessly defended or forcibly imposed.”

“Patience is the specific antidote to anger and hatred. It is an attitude of accepting both the harm caused by others and the pains and discomforts found in life instead of angrily retaliating against them. Only in the calm afforded by patient acceptance is one able to clearly discern the nature of the situation and proceed to deal with it realistically. Once the mind becomes distorted and disturbed with anger, any possibility of objectivity is lost. One consequently embarks upon a course of action grounded in misconception that inevitably leads to a heightening of the initial conflict rather than its resolution.”

Seyyed Hossein Nasr (born April 7, 1933) Iranian professor emeritus of Islamic studies at George Washington University, and an Islamic philosopher. Nasr speaks and writes based on subjects such as philosophy, religion, spirituality, music, art, architecture, science, literature, civilizational dialogues, and the natural environment. He also wrote two books of poetry (namely Poems of the Way and The Pilgrimage of Life and the Wisdom of Rumi), and has been described as a ‘polymath’.

Though nothing can bring back the hour
Of splendor in the grass, of glory in the flower;
We will grieve not, rather find
Strength in what remains behind;
In the primal sympathy
Which having been must ever be…”

Our birth is but a sleep and a forgetting:
The Soul that rises with us, our life’s Star,
Hath had elsewhere its setting,
And cometh from afar:
Not in entire forgetfulness,
And not in utter nakedness,
But trailing clouds of glory do we come

Annemarie Schimmel, 7 April 1922 – 26 January 2003, German Orientalist and scholar who wrote extensively on Islam and Sufism. Internationally renowned, she was a professor at Harvard University from 1967 to 1992.