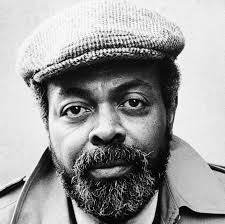 And now each night, I count the stars.
And each night I get the same number.
And when the stars won’t come to be counted,
I count the holes they leave.