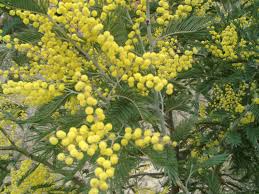 The goal of the Creator is for each entity to make a conscious choice to again seek Oneness, out of our own free will – not because anyone else forced us to. If we are told what to do and what to believe, then we have learned nothing and will not make any progress. Perhaps the single most basic realization to make is that we live in a loving Universe. If we are all One Being, then it is foolish for us to hate anyone, as we are only hating ourselves.

I am the bird that knocks at your window in the morning
and your companion, whom you cannot know,
the blossoms that light up for the blind.

I am the glacier’s crest above the forests, the dazzling one
and the brass voices from cathedral towers.
The thought that suddenly comes over you at midday
and fills you with a singular happiness.

I am one you have loved long ago.
I walk alongside you by day and look intently at you
and put my mouth on your heart
but you don’t know it.

I am your third arm and your second
shadow, the white one,
whom you don’t have the heart for
and who cannot ever forget you.

Richard Fariña (12.10) (March 8, 1937 – April 30, 1966) American folksinger, songwriter, poet and novelist, a protest singer, know for the songs “Pack Up Your Sorrows”, “Birmingham Sunday”, and his novel Been Down So Long It Looks Like Up to Me, a cult classic among fans of the 1960s and counterculture literature.

Concise Epitome: 7.6 After some time the quantity of darkness was so pigmy that the Handorians were faced with a crucial decision: either to suspend the Game or consider the idea of moving where darkness was supposed to be abundant, i.e. beyond the Last Frontier. (A un certo punto il buio raggiunse una quota di tale penuria che gli Handoriani si trovarono di fronte all’ineluttabilità di sospendere o, quanto meno, ridurre fortemente la pratica del Gioco).

Gospel of Thomas: (59) Jesus said, “Take heed of the living one while you are alive, lest you die and seek to see him and be unable to do so.”