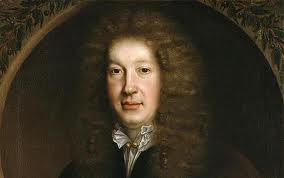 Happy the man, and happy he alone,
He who can call today his own:
He who, secure within, can say,
Tomorrow do thy worst,
for I have lived today

Tove Jansson, born on 9 August 1914, Finnish author (d. 2001), author of the Moomin books, stories for children that involve a family of trolls who are white, round and furry in appearance, with large snouts that make them vaguely resemble hippopotamuses.

Melanie Griffith, born on 9 August 1957, (5.11.2) American actress. Golden Globe winner for her performance in the 1988 film Working Girl. She is the daughter of actress Tippi Hedren, and the wife of actor Antonio Banderas.

Whitney Houston, born on 9 August 1963 (5.1.12) American singer and actress, the most awarded female act of all time.

Paganism: On this date, many Wiccans from around the world celebrate the annual Feast of the Fire Spirits. Dried mandrake root or yarrow herb is cast into fires as offerings to the Salamanders.The goddess month of Hesperis begins today.
Druid feast of fire spirits. Sol Indiges. Festival of Athena Pallas and Zeus- as protectors of city and state.