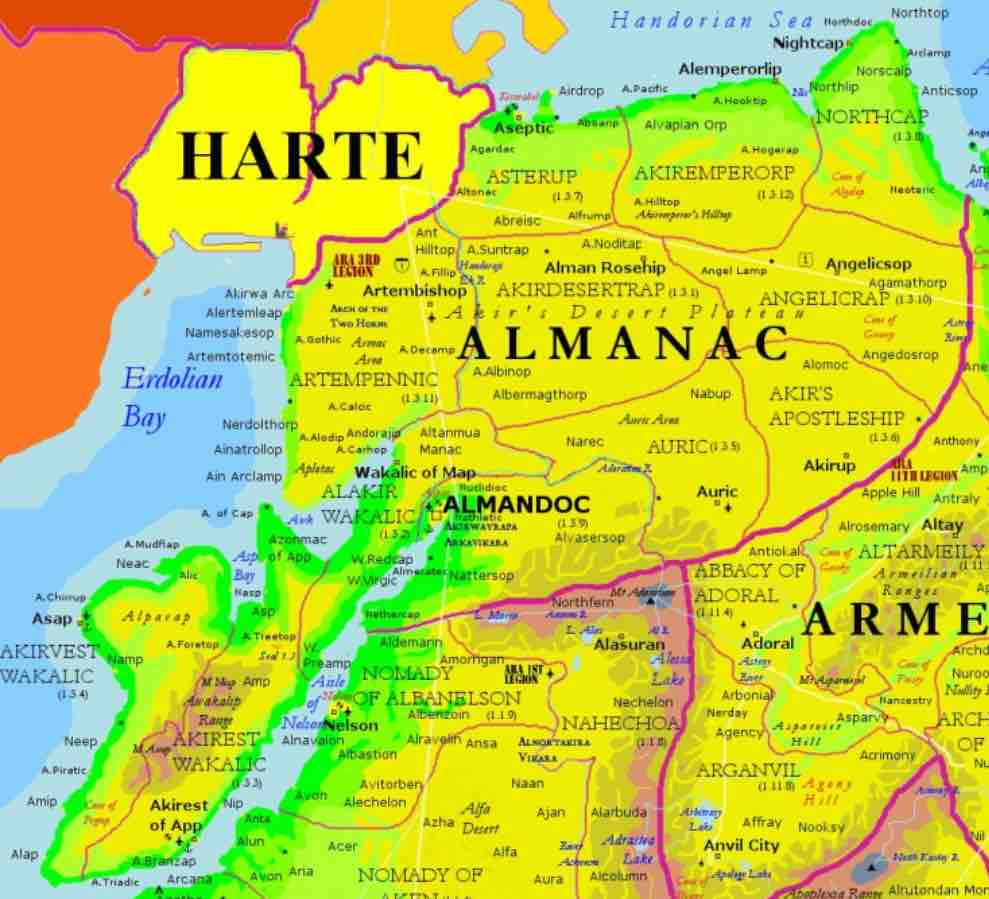 STATE OF AKIRWA
1.3 NATION OF ALMANAC

Almanac, also known as Kirwayral, represents the northern apex of the Kirway peninsula bordering the State of Hartem. It constitutes the topmost southern defensive front for the Core Handorian States, and a zone of integration aimed at facilitating the access to the State of Akirwa.

The capital is Almandoc, also known as Kirmahel, while the largest centre is Artembishop, also known as Dokorpasal, an Akirwa appendix of the Harte metropolis, where the celebrated Arch of the Two Horns, a passageway formed by two gigantic cones, resides. The national territory also includes the thin peninsula of Alkirwakali, after the name of the national warrior saint. Almanac is characterised by an extreme energetic fluidity, which facilitates the uncompromising release of grievances and makes it an ideal location when it is necessary to draw support in order to liberate oneself from stagnated Graha. The access to the State of Harte is limited to 12 checkpoints, among which, besides Artembishop, Kirwahel is prominent for it sovereigns the Grand Gap between Akirwa and Harte.

Artempennic (1.3.11) was originally part of Harte and was donated to Akirwa in gratitude for their involvement in the battle of Artempennic.

Almanac has dominance over Lombardia and Denmark.