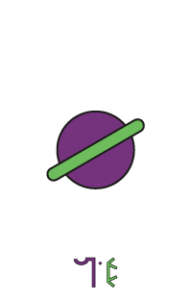 In the Astroshamanic Binary System, Sun in Aquarius (11) and Moon in Libre (7) constitute Binary 11.7, or Binary number 127.

11.7 (Sun in Aquarius and Moon in Libra) is a blend of fixed Air and cardinal Air mixing Aquarius’s inventiveness, innovation and friendship with Libra’s balance, harmony and grace. Those who resonate with this combination are light, unconventional, diplomatic and social beings, with far-reaching intellect, great capacities of communication and persuasiveness. They are masters in the art of sociability, skilful in moving harmoniously with the spontaneous flow while at the same time steering the wheel and introducing unexpected or provocative developments.

Aquarius and Libra are in a trine aspect (120°), which produces an easy, balanced and mutually supporting link between the signs involved. This can bring major benefits when there is clarity of intent and focus. If this is not the case the benefits will develop unconsciously and gained by whoever holds a clear intention.

Three days after exact Full Moon, when the waning Moon is from about 135° to 90° from the Sun, we are in the Disseminating Moon or Waning Gibbous Moon phase. There is both a giving and an asking of energy. What I have put in motion, needs to be concluded with integrity and commitment, in order to receive its gifts. When we do not complete creative cycles we tend to separate ourself from the flow of life and feel confused or depressed. When the Sun and Moon move into a trine aspect (120°), if we have thoroughly played our part, the cycle is ripe to provide blessings and rewards. This phase support sharing resources and gifts regarding what was generated with the Full Moon. It is a process enhanced by dynamic communication, enthusiastic connections and spontaneous easy flow of energy, which are potentially available during binary 11.7. Following this final burst of creative expression as the Sun and Moon move towards a square (90°), a deep transformation develops. This requires the alignment of the Intent with the Function, one’s purpose with that of the whole.

Astroshamanic Seal: a circle with a diagonal line. Vision: In the wood of sector 11 and pathway opens up leading to the potion. There are all the connections of your relationships. This is what the Sacred Circle represents. You draw these connections as ropes and invite them in the Circle. Then you embrace them all with your long arms. Together we lower our heads so as to look at the centre, because it is there that we are going to go. We enter the centre and then we begin to move up.

Astroshamanic Binary Guidance: “Here you become available to all your relationships. Operating from the inner to the outer. Connecting to whole mankind. Each relationship is a retrieval for the Circle. It is in this way that you understand all rapports. You are a bearer of the Circle. You connect each person that relates with you with the Circle”.

István Szabó (born February 18, 1938) best-known and one of the most critically acclaimed Hungarian film directors of the past few decades.

Bertolt Brecht, born 10 February 1898, Sun in Aquarius, Moon in Libra, Ascendant in Sagittarius, German author (d. 1956). From his late twenties he remained a lifelong committed Marxist, exploring the theatre as a forum for political ideas and the creation of a critical aesthetics of dialectical materialism. His Epic Theatre proposed that a play should not cause the spectator to identify emotionally with the characters or action before them, but should instead provoke rational self-reflection and a critical view of the action on the stage. He thought that the experience of a climactic catharsis of emotion left an audience complacent. Instead, he wanted his audiences to adopt a critical perspective in order to recognise social injustice and exploitation and to be moved to go forth from the theatre and effect change in the world outside. For this purpose, he employed the use of techniques that remind the spectator that the play is a representation of reality and not reality itself. By highlighting the constructed nature of the theatrical event, he hoped to communicate that the audience’s reality was equally constructed and, as such, was changeable.

Billy Meier (11.7) Swiss ufologist, born 3 February 1937. the source of many controversial UFO photographs, he reports regular contact with extraterrestrial beings called the Plejaren (aliens from beyond the Pleiades) describing them as humanoid Nordic aliens.

Boris Pasternak (11.7.5) (1890-1960), Soviet Russian poet, novelist, composer and literary translator, best known as the author of Doctor Zhivago (1957), a novel which takes place between the Russian Revolution of 1905 and the First World War. His book of poems, My Sister, Life (1917), is one of the most influential collections ever published in the Russian language. Nobel Prize for Literature in 1958, which the Communist Party forced him to decline.

What has for centuries raised man above the beast is not the cudgel but an inward music: the irresistible power of unarmed truth.

What is laid down, ordered, factual is never enough to embrace the whole truth: life always spills over the rim of every cup.

Don’t sleep, don’t sleep, artist,
Don’t give in to sleep.
You are eternity’s hostage
A captive of time.

Muriel Spark (11.7.8) Scottish author (1918-2006), baptised in the Church of England in 1954 she decided to join the Roman Catholic Church, which she considered crucial in her development toward becoming a novelist.

C.W. Leadbeater (11.7.3) Feb 16, 1854 England-1934 Perth, Western Australia, English clergyman and theosophical author, contributed to world thought mostly through his work as an alleged clairvoyant. Originally a priest of the Church of England, he joined the Theosophical Society becoming a high-ranking officer of the society. He is well-known and influential in New Age circles for his many works based on his clairvoyant investigations of life, including such books as Outline of Theosophy, Astral Plane, Devachanic Plane, The Chakras and Man, Visible and Invisible dealing with, respectively, the basic principles of theosophy, the two higher worlds humanity passes through after “death”, the chakra system, and the human aura. His writings on the sacraments and Christian esotericism remain popular, with a constant stream of new editions and translations of his magnum opus The Science of the Sacraments. His liturgy book is still used by many Liberal and Independent Catholic Churches across the world.

In 1906, critics were angered to learn that Leadbeater had given advice to some boys under his care that encouraged masturbation as a way to relieve obsessive sexual thoughts. Leadbeater acknowledged that he had given this advice to a few boys approaching maturity who came to him for help. He commented, “I know that the whole question of sex feelings is the principal difficulty in the path of boys and girls, and very much harm is done by the prevalent habit of ignoring the subject and fearing to speak of it to young people. The first information about it should come from parents or friends, not from servants or bad companions.”

The idea of God holding a grudge against us and needing to be asked to forgive us is an outrage on the Fatherhood of God.

The attitude of mourning is a faithless attitude, an ignorant attitude. The more we know, the more fully we shall trust, for we shall feel with utter certainty that we and our dead are alike in the hands of perfect Power and perfect Wisdom, directed by perfect Love.

Try to comprehend the unity of all; there is one God, and all are one in Him. If we can but bring home to ourselves the unity of that Eternal Love, there will be no more sorrow for us; for we shall realize, not for ourselves alone but for those whom we love, that whether we live or die, we are the Lord’s, and that in Him we live and move and have our being, whether it be in this world or in the world to come.

Eusapia Palladino (11.7.5, Uranus and Saturn cjn MC) 1854-1918, famous Spiritualist medium born in Minervino Murge, Italy. Magicians and skeptics who evaluated her claims concluded that none of her phenomena was genuine and she was a clever trickster.

Binary Programme 1 – Pahekarubhe 1: 11.7
In the wood of sector 11 and pathway opens up leading to the potion.
There are all the connections of my relationships.
This is what the Sacred Circle represents.
I draw these connections as ropes and invite them in the Circle.
Then I embrace them all with my long arms.
Together we lower our heads so as to look at the centre, because it is there that we are going  to go.
We enter the centre and then we begin to move up.
“Here you become available to all your relationships. Operating from the inner to the outer. Connecting to whole mankind. Each relationship is a retrieval for the Circle. It is in this way that you understand all rapports. You are a bearer of the Circle. You connect each person that relates with you with the Circle”.